During an interview on Okay FM’s drivetime show hosted by Abeiku Santana, popular Ghanaian musician Samuel Adu Frimpong, popularly known as Medikal decided to pass a comment many have seen as not necessary about his colleague Strongman.

Medikal in that interview said that a puppy given him by his godfather, Criss Waddle as a gift and ritual resembles Strongman.

He made this rather shocking statement after Abeiku Santana asked who the puppy resembles.

Well, one social media user who felt that the statement was not necessary has acted as Strongman’s lawyer and blasted Medikal ‘basabasa’ on Facebook.

READ ALSO: Serwaa Amihere Savagely Replies A Follower Who Asked How She Cleans Her ‘Akosua Kuma’ With Her Long Nails (+Screenshot)

In a comment sighted under a post shared on the Facebook page of Pulse Ghana, the lady identified as Lana Hardy Joe wrote: “Mdk w’akonkonmoa s3 lotto kiosk, who lied to u dah u handsome, all less I forget its fella”, she is simply saying that Medikal’s body stature looks like a lotto kiosk and that he is not handsome. 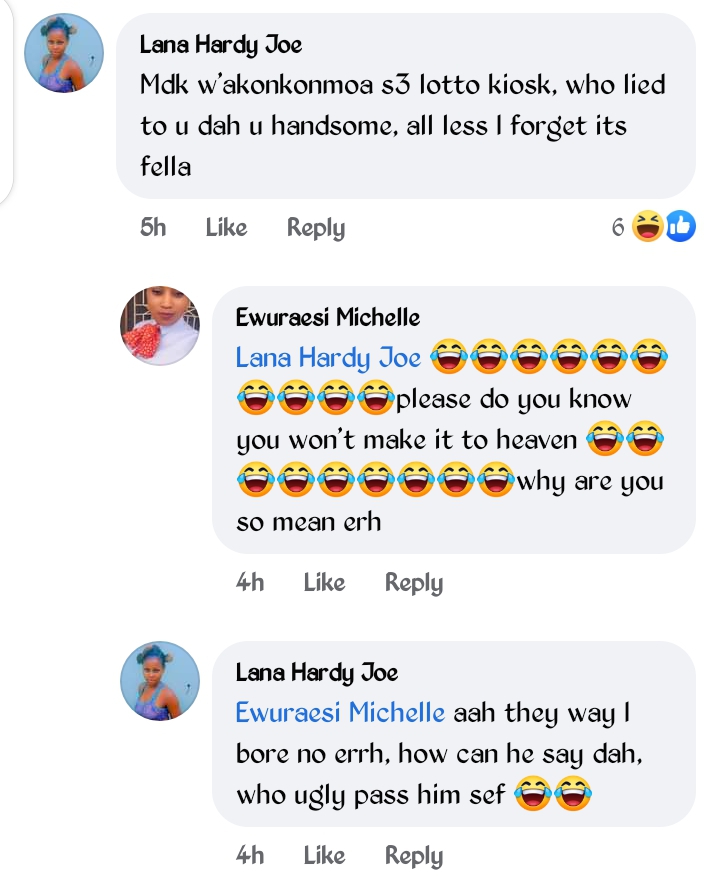 Anyway, it turns out he made this statement to hype an upcoming project he has with Strongman because the song is not getting the needed buzz – thus a very silly and expensive joke.

As I talk say me and Strong G de drop some hard Hiphop before the year ends una no do news. As I joke say EL Chapo de jiee am una de do news. Smh. Mmoa !