The tweep identified by his handle @DarLinTon_Gh decided to employ the modern-day e-begging tactics of threatening celebs to get Medikal to purchase a PS5 console.

DarLinTon_Gh posted a cropped photo of Medikal and added the caption “Posting the same picture of @Amgmedikal every day until he gives me PlayStation 5″.

But sighting that this will put some amount of pressure on him to deliver sooner or later, Medikal quickly came to shut the guy up.

Medikal replied to the fan by telling him that he actually uses a PS4 at this point in time, and as such, there is no way him the PS5 he wished for.
See a screenshot of this below 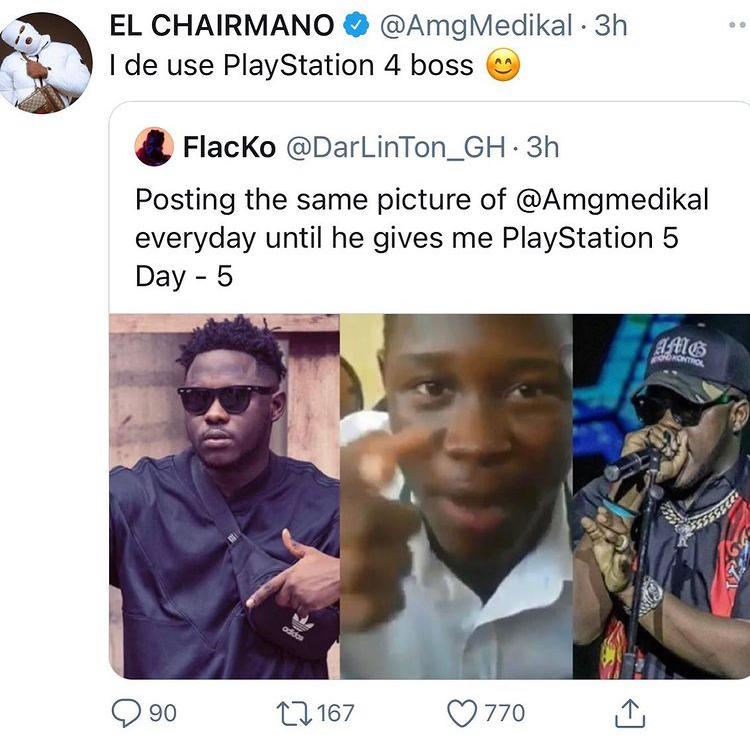