Moesha Is Back After Her Scary Suicide Note! Check Out How She Flaunted Her Big ‘Meat-Pie’ In The Full Glare Of Men Publicly – PHOTO

One of Ghana’s ‘favorite’ socialites, Moesha Buduong is back to her usual self after recently scaring the hell out of people who love her for the things she does in the entertainment industry – I am pretty sure you understand the latter part of this line.

Recently, the well-endowed socialite out the blue took to Instagram and shared a post that many people, including her celebrity friends suggested was a suicide note.

READ ALSO: Video Of The Moment Kelvyn Boy Crashed His New Range Rover And Engaged In Hot Verbal War With The Other Driver Hits Online – Watch

Just a few hours after she left the post on her Instagram page and got the attention she obviously wanted, Moesha quickly came back to delete it and post some nice photos of herself flaunting her most precious asserts she spent millions on cedis to acquire for her self-confidence.

Whether it was true that she actually wanted to kill herself or not, Moesha Buduong seems to be ok now as we have spotted her doing the one thing she does best – that is to flaunt her ‘toto’ and big backside on social media.

In a video thegossipmall.com sighted on her Snapchat page last night, Moesha was seen flanting the full shape of her big meat pie (its meaning is implied you know) and her big backside while she was hanging out with colleagues like Bismark The Joke on the set of the movie ‘Enemies Are Not God’.

Well, we like what we see and we are happy she is back to her old self. Check out the photo below 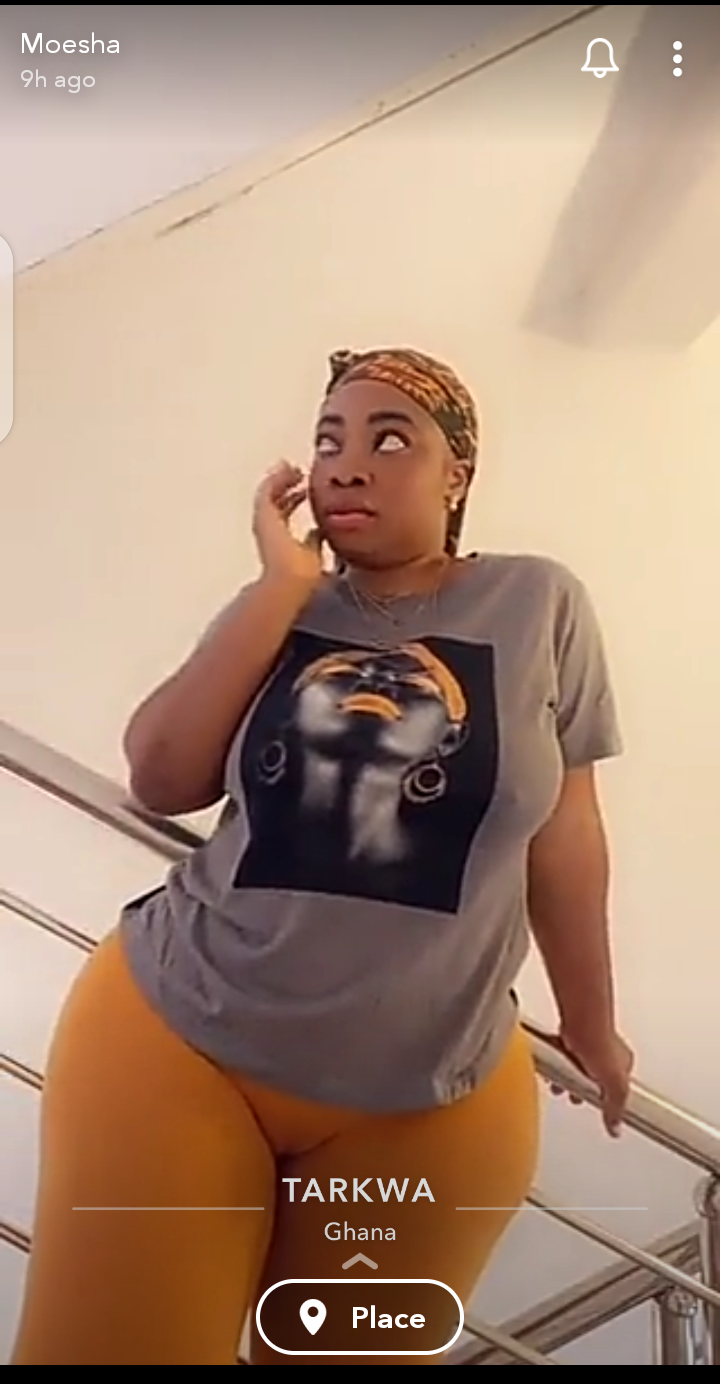