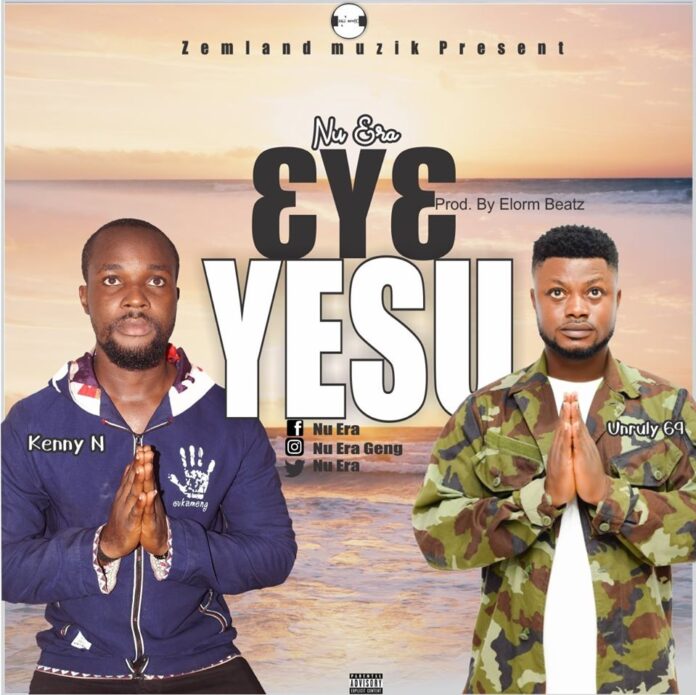 Nu Era, a newly formed group in the Western Region have stepped up to release their maiden joint on July 4 and are expected to cause massive traffic in the airwaves. 3y3 Yesu is a trap gospel song which talks about the might and power of Jesus Christ in a danceable hip hop tone.

Industry players who have had the opportunity to listen to the song in listening sessions have showered praises on the song and have tipped the song to be an instant hit.
Nu Era comprises of Kenny N and Unruly 69. They were previously doing their solo projects before forming the Nu Era group in April 2020.

“After cheating me for so many years, I have finally won one” – Gasmilla throws shots at VGMA board in his acceptance speech after...

0
Gasmilla has subtly fired the VGMA board in his acceptance speech after been honored as the Green Ambassador of the year. READ ALSO: VGMA 21:...
Read more
Showbiz

Zionfelix to lay down his blogging tools and branch into real estate.

0
Speaking on the Delay show, Zionfelix has made it known that in the not too distant future, he will be branching into real estates. Infact...
Read more
Showbiz

0
Jay Wan is expected to 'cause troubles' in the airwaves as he prepares to drop his upcoming project titled 'Sokoto'. The song which features Patapaa...
Read more