Mzbel‘s former protege, iOna Reine has dropped a photo online that is giving a lot of the male folks who follow her on Instagram and Facebook nightmares.

iOna during the days she was the ‘loyal daughter’ of Mzbel said in one of their live videos that she is one of the ladies who have a big ‘honey pot’.

READ ALSO: #PunishBullDog: Fresh Campaign Calling For The Imprisonment Of Bulldog Over Comments Her Made About President Akufo-Addo Started Online

Apparently, she was not lying because the photo she shared online proves that she is very huge down there.

Spotted in a black leather trouser, iOna’s c@meltoe was seen greeting the cameras.

Captioning the photos, she said: “Never tell anyone where you get your bread, they will overkill the baker and destroy the bakery. Happy Sunday y’all 💥💥💥💥”.

Well, people do not really care about her caption and whatever great message she tried to put across because they like her c@meltoe better. 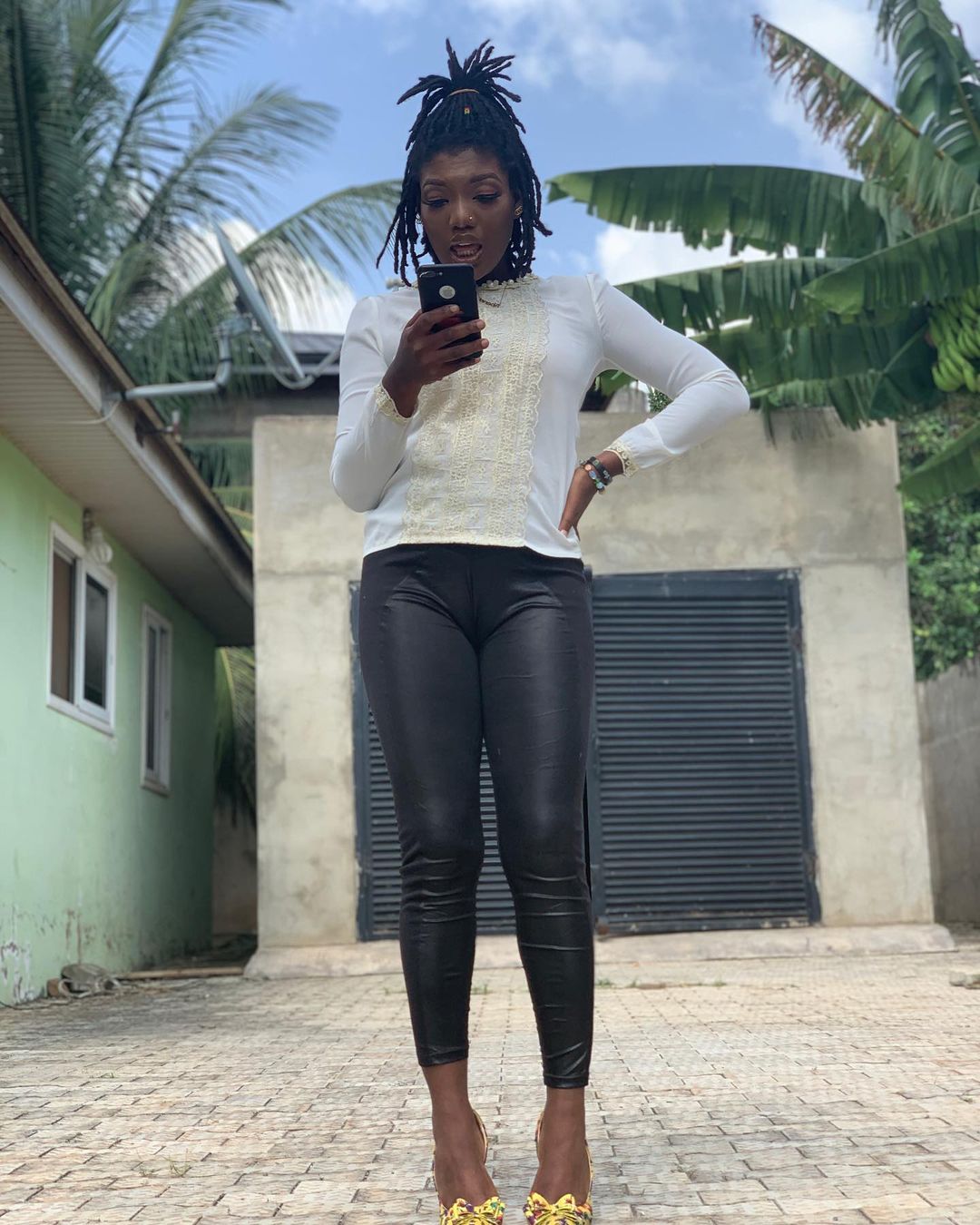 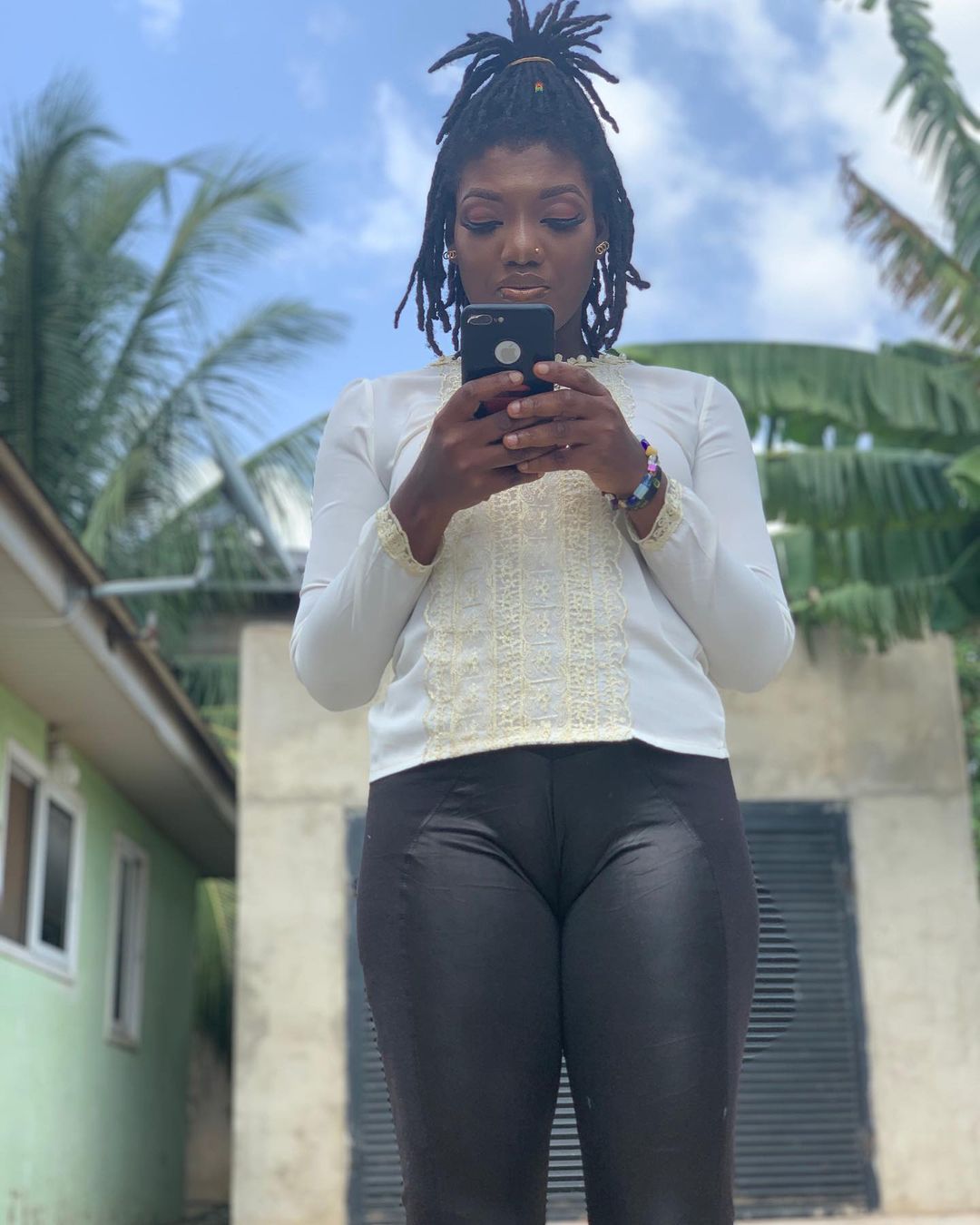