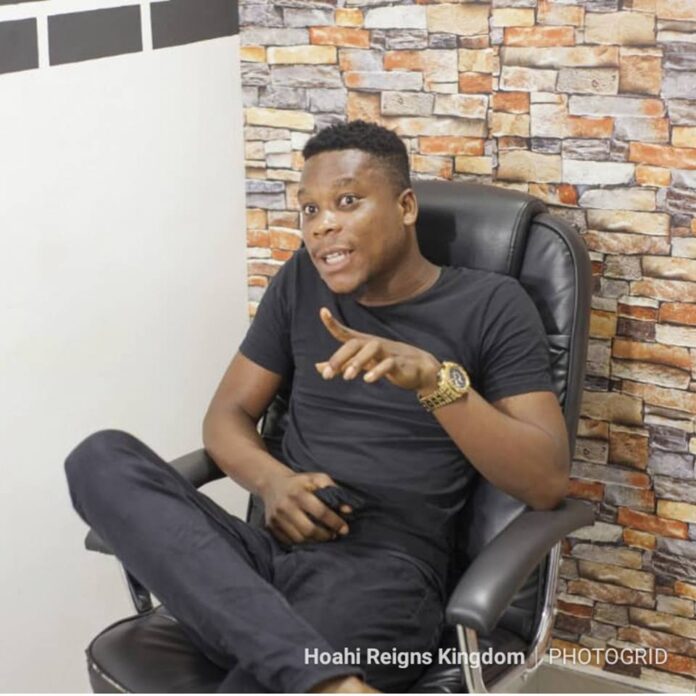 Reports reaching thegossipmall.com indicates that Nana Osei Bonsu popularly known as Nana Hoahi has been granted bail after he was charged for defaming the head pastor of Anointed Palace Chapel, Rev Obofour.

Nana Hoahi who pleaded not guilty to the charges was remanded by the Kaneshie Circuit Court for two weeks.

Nana Hoahi will reappear before the court next month to commence proceedings on the charges levelled against him by Rev Obofour.

Hoahi was arrested on 4th June 2020 on live Tv after he accused Rev Obofour of murdering a woman in the Western Region.

He was arrested together with his accomplice who pleaded guilty after he appeared before the court on 19th June 2020.

His accomplice, after pleading guilty was fined 3,600 cedis and was also ordered to go back to the TV station to apologise to Rev Obofour.

Nana Hoahi still stood his grounds and pleaded not guilty to the charges which resulted in him been remanded for two weeks.

0
NDC's Chief Biney has taken on his heels to run away from Abena Korkor's allegations that they had sekz in the past. Abena Korkor who...
Read more
Uncategorized

0
According to a recent video sighted on social media, a slay queen has been arrested for attempting to steal an I Phone 7 Plus...
Read more
Showbiz

0
The saying that money stops all nonsense is gradually warming its way into the popular cliches we have in the world lezicon and it...
Read more