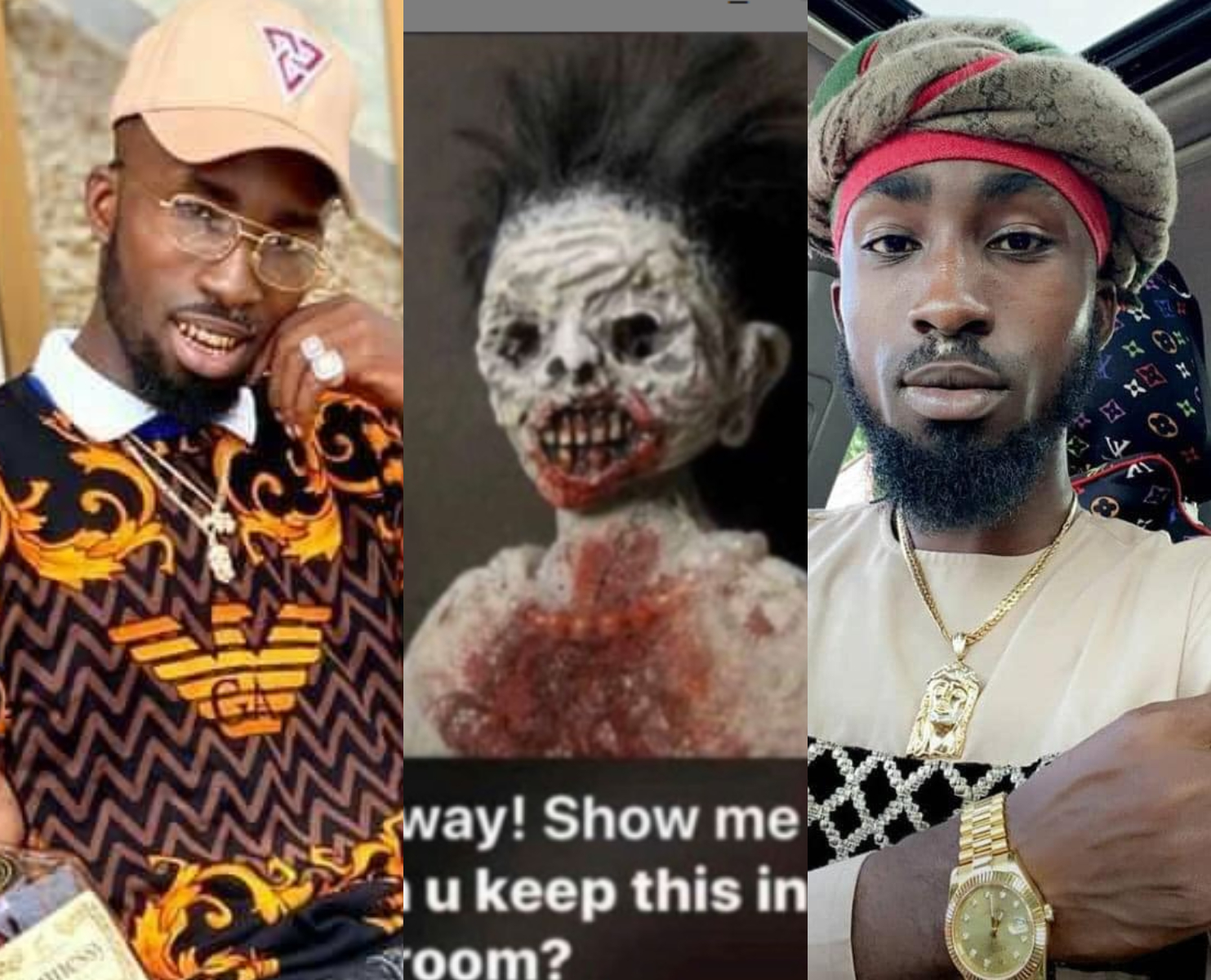 Many have been wondering how Oseikrom Sikani made his fortune which has made him living an extravagant and expensive lifestyle.

The young underground rapper has been flaunting his mansion, cars and money on his social media platforms making people curious about the source of his wealth.

Oseikrom Sikani has admittedly revealed that he is into voodoo otherwise sakawa after sharing a photo of a weird doll which symbolises money ritual with the caption “show me the way, show me the way, can you keep this in your room?”

With such an image and that caption, you don’t need to be told that the source of Sikani’s wealth is ‘sika duro’.

WATCH: Nollywood actress, Pat Ugwu gets her [email protected] f0ndled, scked and pressed by a man in a new video

0
Pat Ugwu's Instagram account has been on fire lately. The Nollywood actress has been doing all manner of expl!c!t stuff on her page, perhaps...
Read more
News

0
Information reaching thegossipmall.com indicates that Highlife legend Nana Tuffour is dead. Details of the death of the singer is not yet known. Stay on this...
Read more
Showbiz

Apparently, Afia Schwarzenegger is a professional blackmailer – This is what she has been doing to her old married boyfriend who knacked Mzbel whiles...

0
Afia Schwarzenegger has shamefully made a damning revelation about an old d!ck she dated who ended up knacking her friend, Mzbel and it shows...
Read more