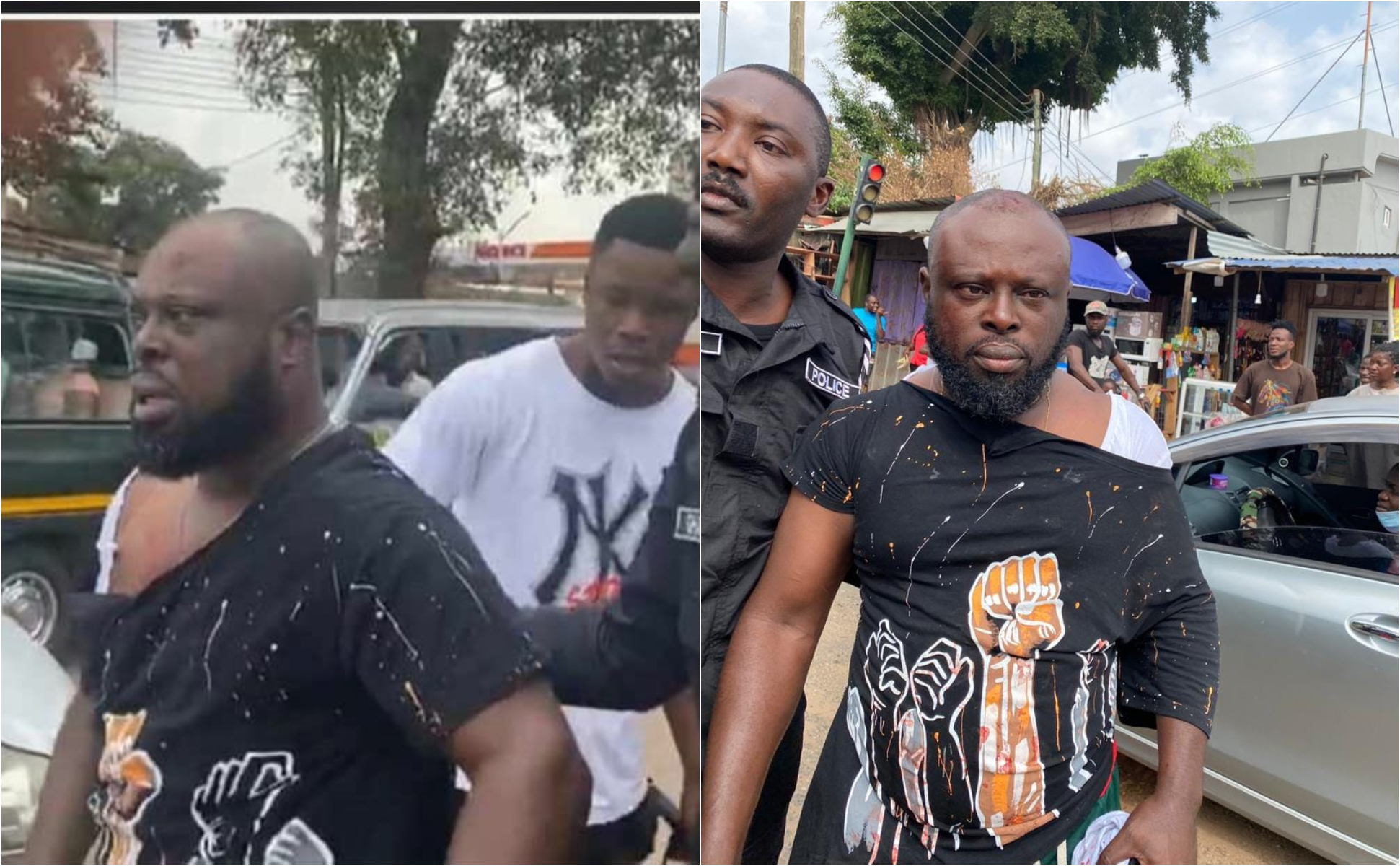 Trouble has found Osofo Appiah Biblical again after he was pursued by Ghana police service and some gallant men believed to be members of Nana Agradaa’ personal security in a hot chase on the streets of Accra.

READ ALSO: Shocking Details Of How Sarkodie F00led Kuami Eugene To Drop A Free Verse For His Prez. Akufo-Addo Endorsement Song While He Pocketed An Alleged Ghc500,000 Hits Online – Video

The Rambo-style arrest resulted in Osofo Appiah Biblical getting beaten with blood all over his head and face. He was seen arguing with the team of Nana Agradaa and the police where he was subsequently whisked away.

The reason for his arrest has been attributed to an amount of GHS10,000 which he allegedly stole from popular fetish priest, Nana Agradaa.

It appeared he was beaten after he was foiled in his attempted flee in a black salon car and thus had blood over his face and his shirt torn.

READ ALSO: Kennedy Agyapong ‘Slaps’ Tracey Boakye With Fire As He Replies Her Recent Wild Attacks On Him – Watch Video

MP for Ningo Pampram, Sam George vows to beat up Australian High Commissioner to Ghana mercilessly – Here is why

0
The wedding invitation of Ghanaian musician popular for showing his d!.ck on stage, Wisa Greid has surfaced online. According to the invitation we have seen...
Read more
Showbiz

VIDEO: Funny moment ‘Mr. know it all’, Captain Smart and his team ignorantly clapped for Dr. Owusu Fordjour as they received a fake...

0
Captain Smart and his team have alsso fallen victims to the scam of fake Dr. Owusu Fordjour as he presented a fake award to...
Read more