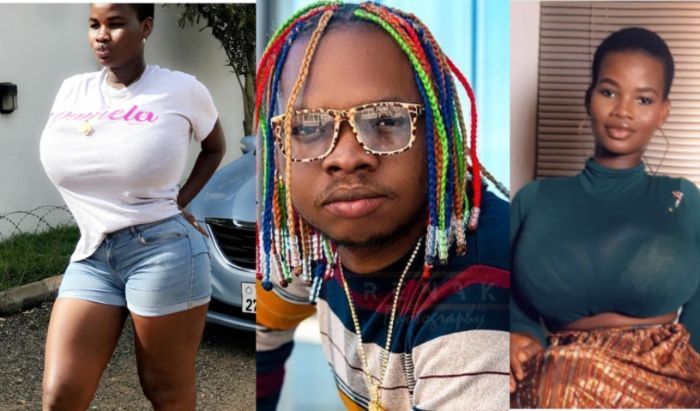 Up and coming Ghanaian actress and photo model, Pamela Odame Watara has hit back at social media sensation, Nana Tornado.

It will be recalled that Nana Tornado in a recent interview on Kantanka TV alleged that Pamela was a prostitute.

READ ALSO: Michy Shares An Emotional Video Of Her Love Journey With Shatta Wale To Celebrate Him On His Birthday – Watch

In that interview, he added that he picked the actress from the Osu street and after they had fun at a night club, they had a one night stand.

But in her reply to this allegation when she appeared on Atinka TV earlier this morning and was hosted by Nana Adwoa, Pamela said that there was no truth in the things Tornado said.

READ ALSO: Another ‘Not So Fine’ Lady Lands Into Serious Trouble On Social Media Over Comments That Van Vicker’s Wife Is Ugly

Pamela Odame stressed that she never had any sexual encounter with Tornado and explained that they went out as friends but never got intimate.

The [email protected] actress shockingly revealed that she actually gave Tornado GHS 60 to buy fuel after their hangout.

0
A fan has taken to the comment section of one of Shugatiti's recent videos to troll her for showing her bushy pu$$y in a...
Read more
Showbiz

0
Touted as one of the richest musicians in Ghana, popular Reggae/Dancehall musician Shatta Wale keeps proving the doubting Thomas' wrong that he is indeed...
Read more
Uncategorized

0
Just when we all thought Anas Aaremeyaw Anas was asleep and snorting, the investigative journo has showed us otherwise following his latest work by...
Read more