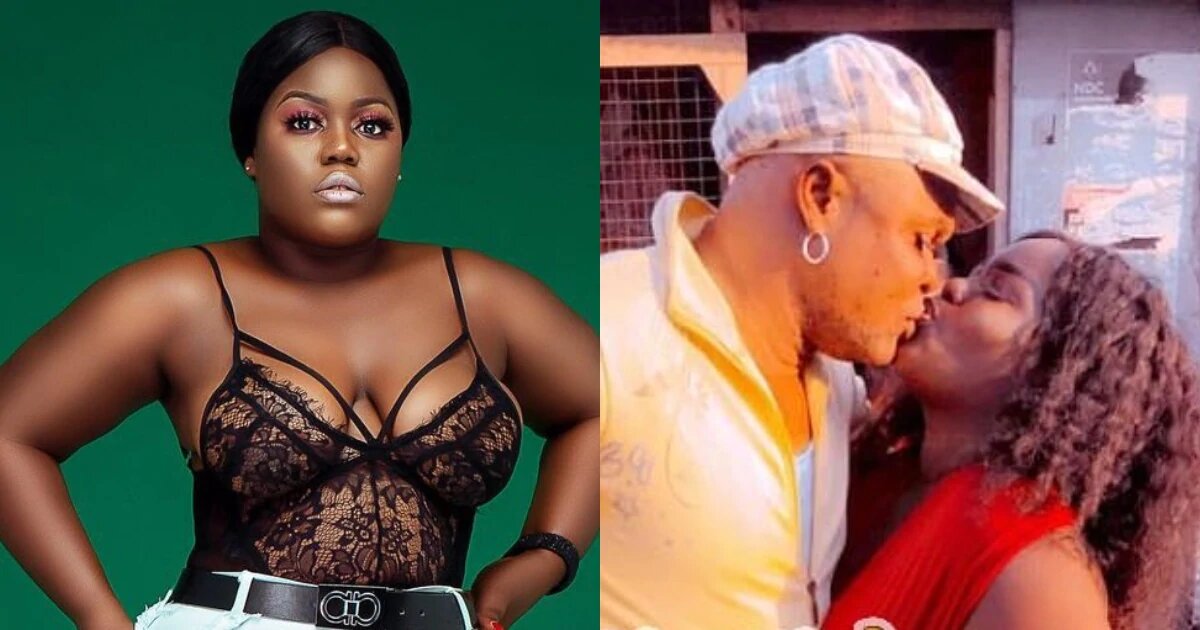 Queen Pezzy, the ex-girlfriend of Ghanaian noisy musician, Patapaa, has quickly found love with the over-bleached boxer, Bukom Banku after she suffered a massive heartbreak from the Swedru-based musician recently.

Over the last weekend, Patapaa and his German-born woman, Liha Miller tied the knot at a very simple and well-attended ceremony in the Central Region.

After the wedding ceremony, Patapaa’s alleged ex-girlfriend, Queen Pezzy was all over social media crying that she has been ditched for no reason.

She blasted Patapaa and Liha Miller in her viral video and alleged that Patapaa only married her because she has a lot of money.

But barely a week after that video she recorded surfaced online, Queen Pezzy has in a new photo and video that has surfaced online been spotted kissing over-bleached Bukom Banku, who already has about three wives and over ten children in public.

According to her, even though Patapaa has callously ditched her, she has found love with the boxer, Bukom Banku who is already married to about three women and has over ten children.

See their kissing photo and video below 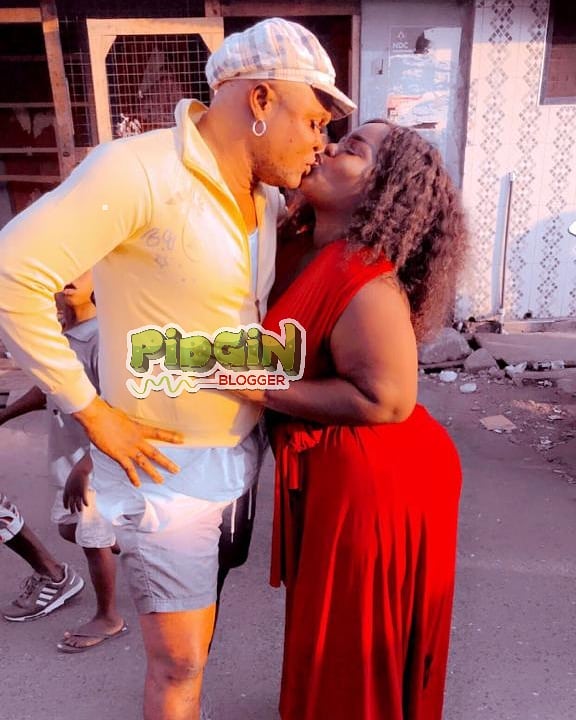 NDC weed Pastor, Apostle Kwabena Adjei speaks for the first time about weed found on him during his arrest

0
Apostle Kwabena Owusu Adjei, the self-styled Prophet who was arrested after he issued threats of harm and death against the EC Chair, Madam Jean...
Read more
Showbiz

0
Gospel musician, Ernest Opoku has recounted how actress, Nayas lured him under the pretence of being a fan to sleep with him under duress. READ...
Read more
Opinion

0
You may be living under a rock if you are not aware of the Shatta Wale and Stonebwoy Vodafone Ghana Music Awards 2019 brouhaha....
Read more