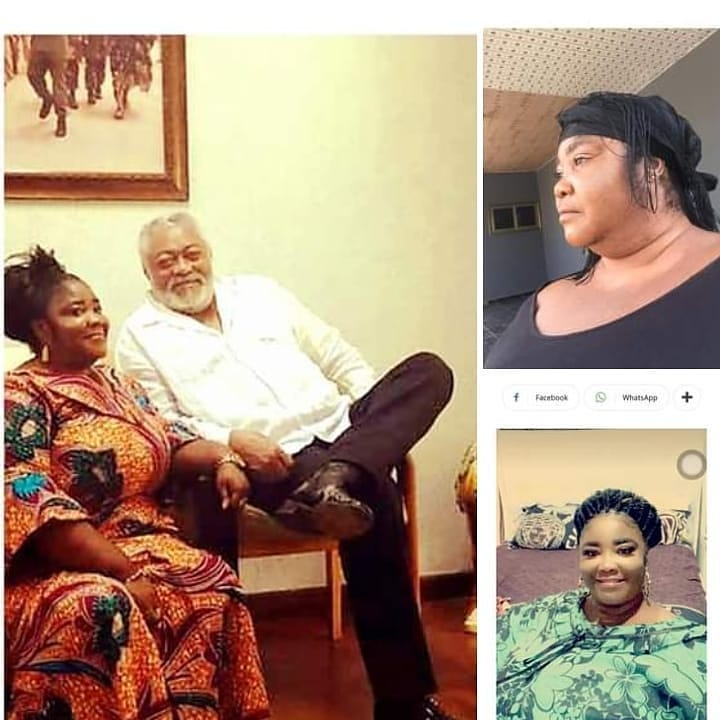 Another woman who has given his name as Kate Yeboah has also shown up with claims that late Jerry John Rawlings is his biological father.

Kate Yeboah who comes from Breman Asikuma in the Central Region, also with a bit of resemblance to Jerry John Rawlings showed up earlier today, demanding that she is also accepted by the Rawlings family as one of their own.

The photos of the woman were shared by a popular Instagram gossip page, Sweet_maame_adwoa.

Earlier, Madam Abigail Rawlings made claims that Mr. Jerry John Rawlings is her father but was denied from seeing the mortal remains of the late President.
Stay here for more updates

Tracey Boakye gets nominated for a top award after confirming she f*cks an old d!ck for properties

0
Tracey Boakye after confirming that she has been sleeping Papa no for properties has been nominated as Entrepreneur of the Year at the Women's...
Read more
Hot Gossips

0
Ever since she gained some appreciable level of popularity in the Ghanaian entertainment space, social media sensation Akuapem Poloo has maintained that she is...
Read more