Rev. Obofour debuted his new look in a photo that has been circulating online and seen by thegossipmall.com.

While Obofour in his previous look had a lot of hair on his head, in this new photo that has emerged, he decided to cut off all the hair, leaving his head bald and shinny — to wit, Rev. Obofour has decided to go the ‘sakora’ way.

In as much as there was no hair on his head, Reverend Obofour’s beard remained uncut — which makes him look like a typical gangster in one of those  Nollywood movies.

Check out the grided photo of Rev. Obofour and his wife, Bofowaa below and tell us what you think about his new look in the comment section 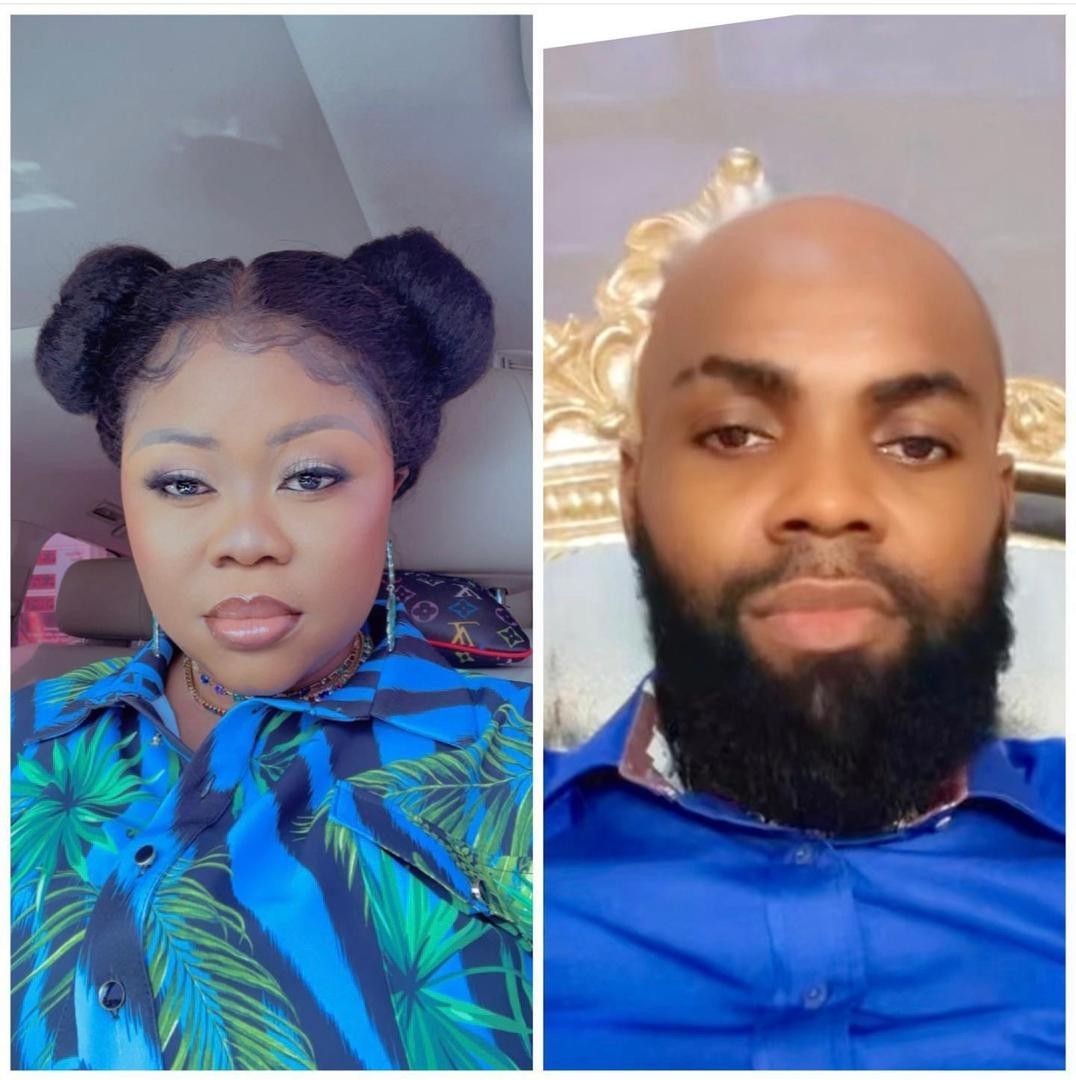