According to an eye-witness, the young girl died at the hospital after suffering numerous step-overs from the excited crowd who went berserk to pick up monies thrown by Shatta Wale.

The young girl was believed to have meandered her way through the crowd to have her fair share but unfortunately, the crowd stepped over her causing blood to flow all over her nose and other openings.

She shortly died after she was rushed to a nearby health facility.

READ ALSO: Rev. Obofour Shockingly Tells His ‘Son’ To Cheat On His Wife As He Officiates His Wedding Ceremony – WATCH VIDEO

Shatta Wale and his team are yet to react to the issue.

May her soul rest in peace.

Below is a photo of the girl. 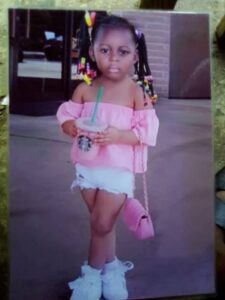