Stonebwoy has tweeted a congratulations to the Nigerian artistes after their win. However, it looked like he was throwing shade at Ghanaian artistes in the process as well. 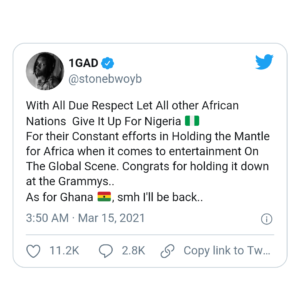 Read Also: “Ghanaians Have Become Slaves In Their Own Country”- Kennedy Agyapong

Samini, who was obviously not happy with Stonebwoy looking down on Ghanaian artistes, advised him to respect the legends of Ghana music if he wants Ghanaian artistes to also win Grammy Awards. 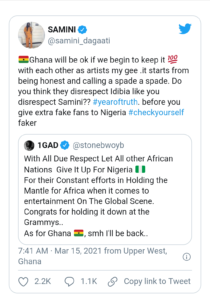 Stonebwoy then asked if Samini wanted to beef him too after his recent beef with Shatta Wale.

Samini then made Stonebwoy know that Shatta Wale was his mate in the music industry and not he, Stonebwoy, who was lower than him. 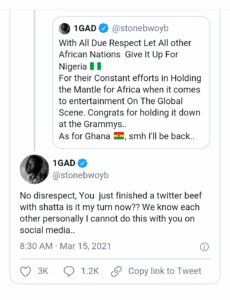 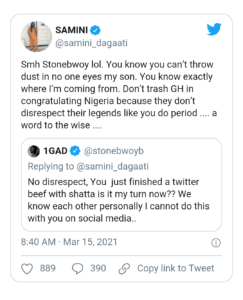 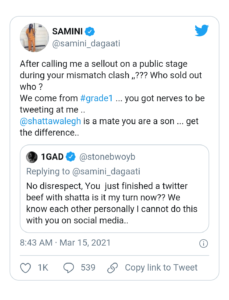