The communications director of the National Democratic Congress, Sammy Gyamfi, has lambasted some members of the party’s leadership for their approval of some ministral positions recently.

Venting his anger in a long Facebook post, the outspoken NDC man likened the behavior of the party leaders, mainly Haruna Iddrisu and Muntaka Mubarak, to that of betrayal.

He even descended on speaker of parliament, Alban Bagbin. He stated that these men were looking out for their own selfish interest and betrayed the party in the process.

Sammy Gyamfi further stressed, that such acts was only going to motivate himself and others like him to keep fighting for the NDC party.

His comments follow the approval of some 13 ministers by the parliament.

“They brazenly defied the leadership of the party and betrayed the collective good for their selfish interest. The shame they have brought on the party will forever hang like an albatross around their necks,” he said.

He also stated that, he was in agreement with the idea of changing the leadership of the NDC party. 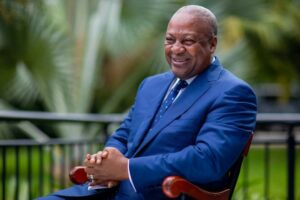 “Rather, let it strengthen us to fight for this party. We all have an equal stake in this party. They are few, we are many. Some have sold their conscience but ours is intact. And we, can work together to rebuild the party from the ashes of 3rd March 2021, which I call “Black Wednesday”- Our day of self-inflicted shame,” he continued.