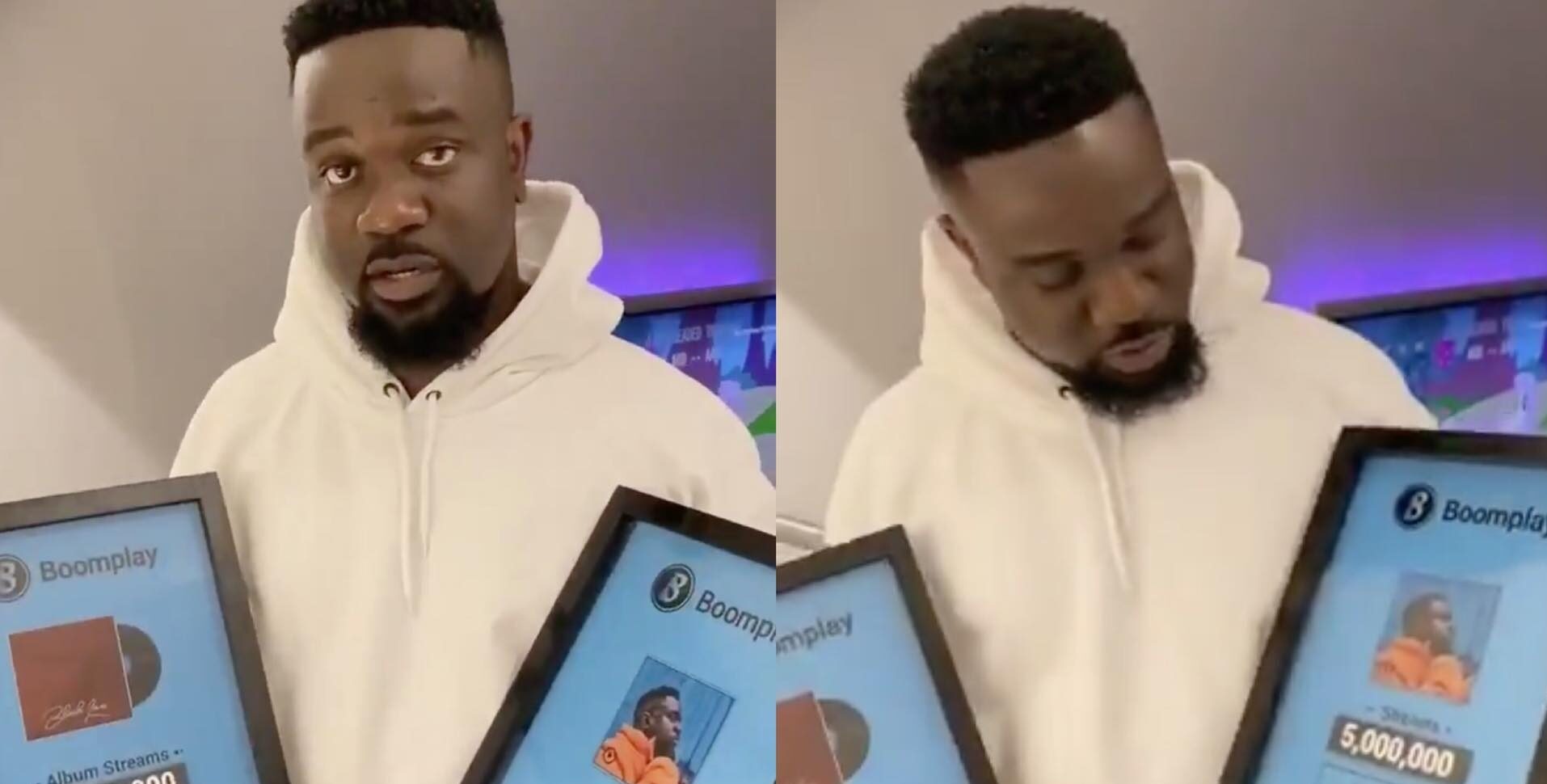 Just days after he was scammed with a fake award by one Kwame Fordjour aka Dr. UN, multiple award-winning musician, Sarkodie has received his streaming plaques from Boomplay.

The rapper earlier this morning took to his Twitter timeline to thank the music streaming platform for awarding him for the streams clocked on their portal and also a huge thanks to all his fans.

Last year numbers just came in from @BoomplayMusicGH 🙏🏿 Big up Boomplay for the support and bless the fans for streaming…. New music OUT NOW – Gimme Way ft @princybright 😊 pic.twitter.com/5n9lQwkP7f

Case Adjourned As Funny Face Fails To Show Up In Court

0
Benson Nana Yaw Oduro Boateng, known populary as Funny Face, had his court case adjourned after he pulled a no show at the courthouse.   The...
Read more
Hot Gossips

Possessed Cecilia Marfo Storms Stage And Snatches Microphone From Joyce Blessing And Orders Her To Go Back To Her Husband, Dave Joy (Video)

0
Possessed Cecilia Marfo last night during the annual thanksgiving service of Unity Group of Companies in Kumasi stormed the stage and snatched the microphone...
Read more