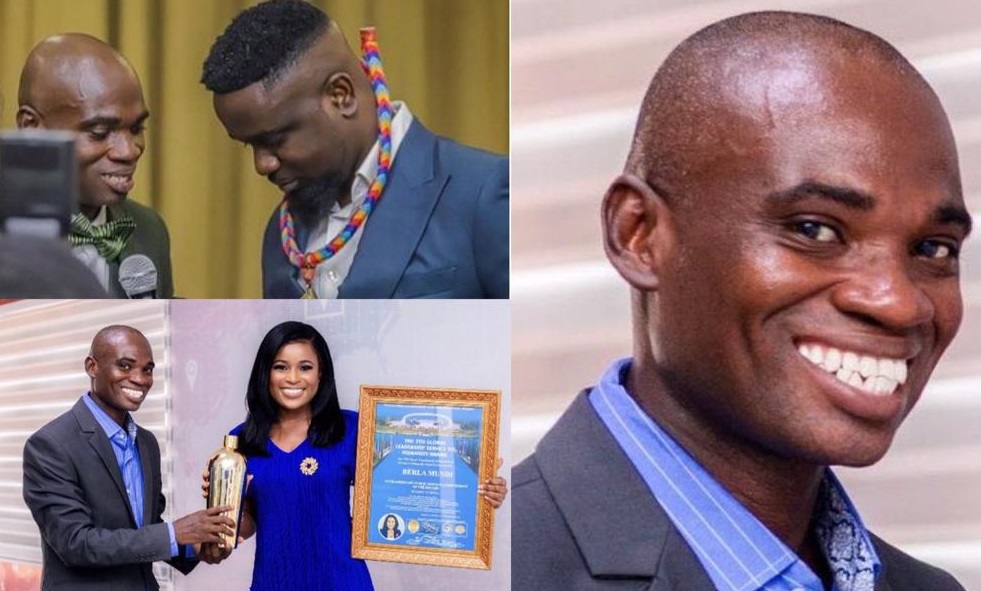 Before this day, similar trophies had been presented to broadcast journalists Berla Mundi and Johnnie Beresford Hughes (both workers of Media General), a former speaker of Ghana’s parliament, a former VC of Legon, and many other top personalities in the Ghanaian society.

READ ALSO: VIDEO: “Do you want me to beg to eat?”- Tearful Joyce Blessing asks former husband as she gives her account

Well, the latest reports making rounds on social media and sighted by thegossipmall.com allege that the said Dr. is a fraud who has been giving out such fake awards to respected individuals in Ghana since 2006.

This allegation, which was made first by on tweep with the handle @elvinnicks, who made the exposé on the real identity of Dr. Fordjour with additional videos and pictures to prove that he is indeed a fraudster has gathered a lot of momentum as many people on the bird app have also joined to express similar concerns.

Check out some of the tweets exposing the ‘fake’ Dr. below

This is the so called Dr. who is going around awarding directors, chiefs and our stars in the name of UN and Kofi Annan when the UN doesn’t know him. pic.twitter.com/NyVzuSwPWG

Watch this video and tell me if UN will accept this video as an advert. And @sarkodie and team dressed up to go take awards. pic.twitter.com/pTAhEQJaOg

How did this guy pull this off

I had my reservations about the award the day D Black tweeted his and the biggest red flag was the Chief doing the presentations. He was too macho for my liking 😀