SCREENSHOT: Broke Bibi Bright cannot afford her rent, wants to divorce her husband because he is jobless – Close source reveals

We earlier reported that actress Bibi Bright’s marriage is on life support and could be collapsing after the actress caught her husband cheating.

A new twist to the story has it that her husband has lost his job. He is now jobless, thus the collapse of their marraige is hinging on financial hardships.

A close source to the couple has revealed that the couple cannot even afford their rent and facing extreme finacial difficulties which has been so dire that Bibi Bright had to go to people to borrow money for their house rent and her father’s medical bills. For fear of future trouble, the source has refused to disclose other vital information about their financial constraints, which they are privy to.

The source also makes it clear that Bibi has emotionally checked out of the marriage long ago. Apparently, she had wanted to leave the marriage since her husband lost his job and finances became tight.

So could it be that her husband’s infidelity is as a result of her being emotionally unavailable to him during the difficult times?

This may also mean that the big position Bibi Bright holds in government is just for show, if really she’s borrowing money to pay rent. The NPP government must come to the rescue of their faithful supporter if indeed she’s facing all these challenges.

Below is the screenshot: 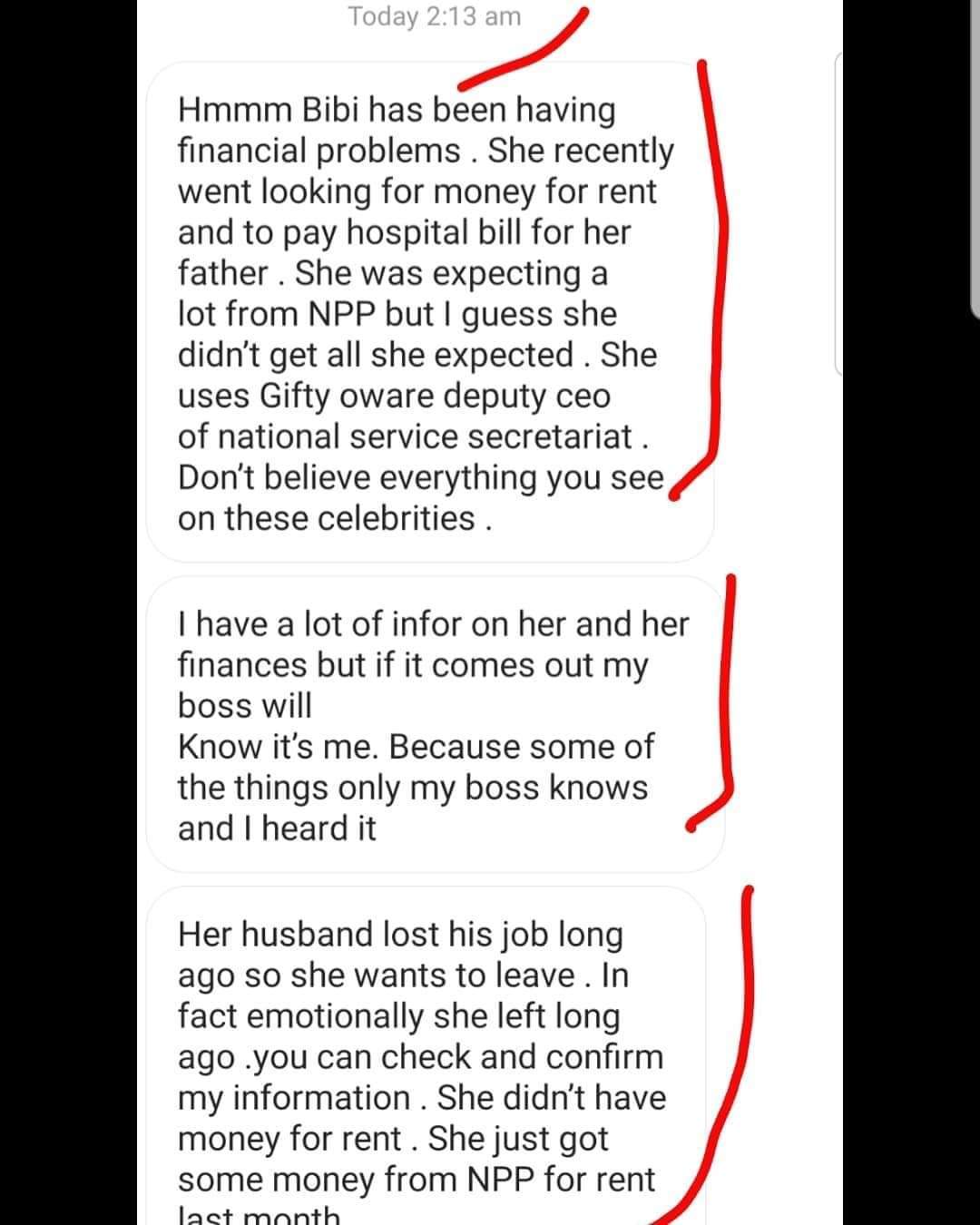