SCREENSHOT: “I am finally laying down my sword, Take your world” – Funny Face sorrowfully dishes out fresh suicide note

In spite of dishing out numerous accusations against his Baby Mama, Vanessa, Netizens have criticized Funny Fave for going overboard with his family issues when he is expected not to.

Now, it appears Funny Face has had enough of the crucifixion and thus has issued a suicide note which suggests he wants to end his life.

In a lengthy post on Instagram, some of the scariest parts read, “A warrior is finally laying his sword, Take your world”

We entreat that people around the comedian should keep eyes on him to avoid any disaster. 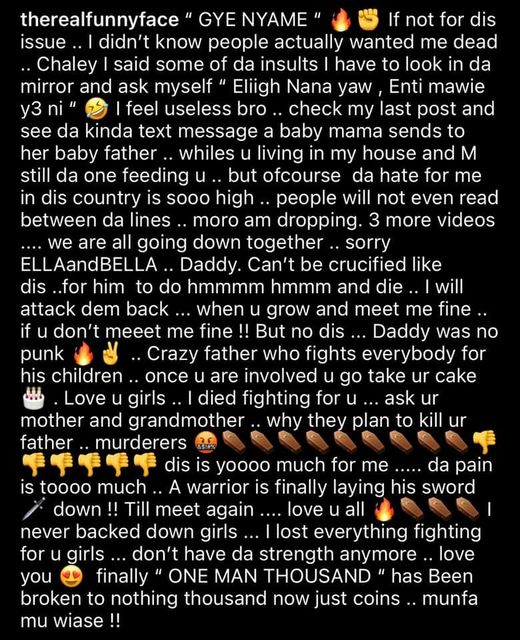