Medikal has been very smart enough to delete a tweet he made earlier today flaunting wads of dollars after a twitter user tagged FBI under the post to investigate the man who says he has too much money.

I hope your guess is as good as mine as to why Medikal quickly deleted the post after the user tagged FBI – He badly wants to keep a clean sheet and wants no trouble.

Its crystal clear that Medikal would not be in the position to justify his wealth should the FBI question him about it – The obvious reason for deleting the post. 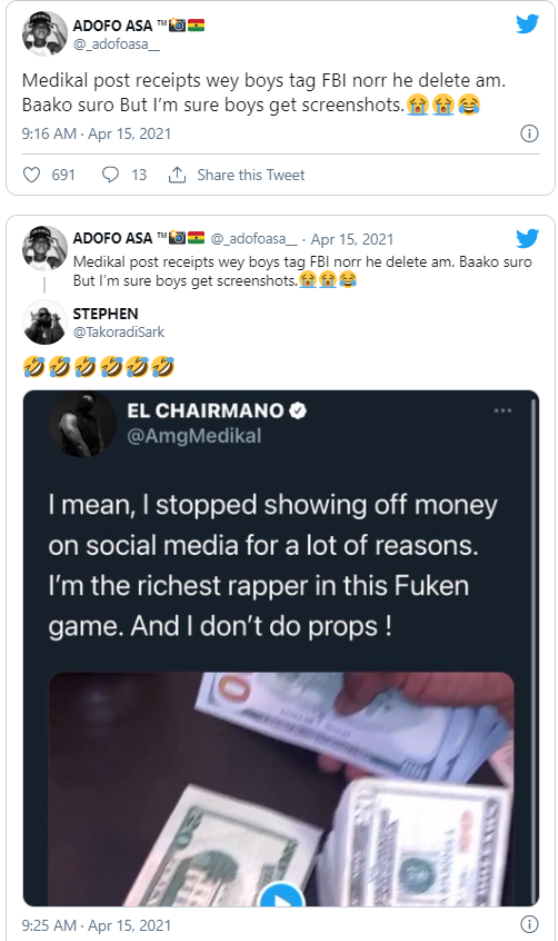