There is no denying the fact that Shatta Wale’s former lover. Michy formerly known as Shatta Michy has done a lot of good for herself after their shocking break up over a year ago.

Even though it was widely speculated by some fans of multiple award-winning musician that she will suffer financially if she left Shatta Wale, she has done a marvelous job to prove them totally wrong.

After managing to run two successful businesses so far, the mother of one has acquired a new mansion according to a post we at the thegossipmall.com have sighted.

Her baby daddy, Shatta Wale in a post on his Snapchat timeline congratulated her for doing what many people thought was not possible.

Shatta Wale’s congratulatory message is certainly a sign of great maturity and he deserves some plaudits for manning up to do so.

Check out the congratulatory message he wrote below: 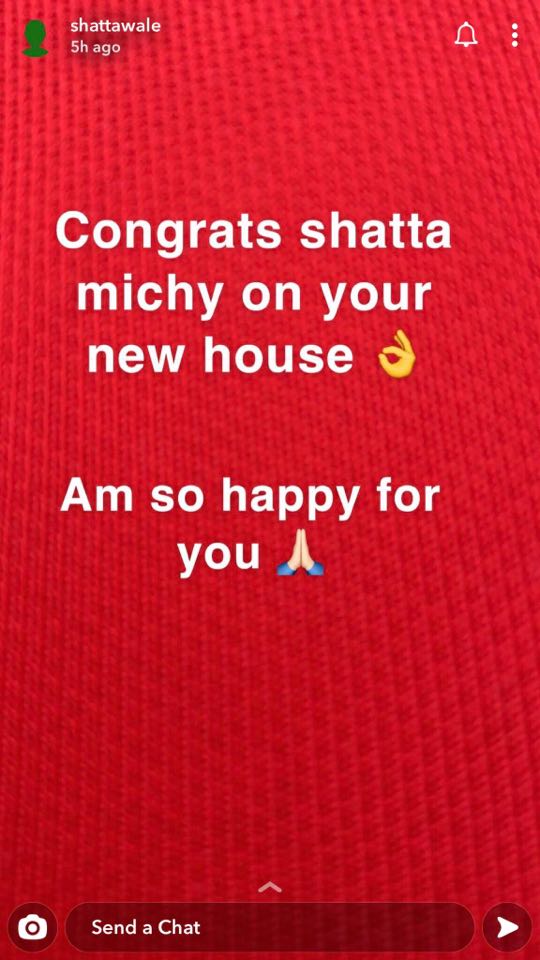