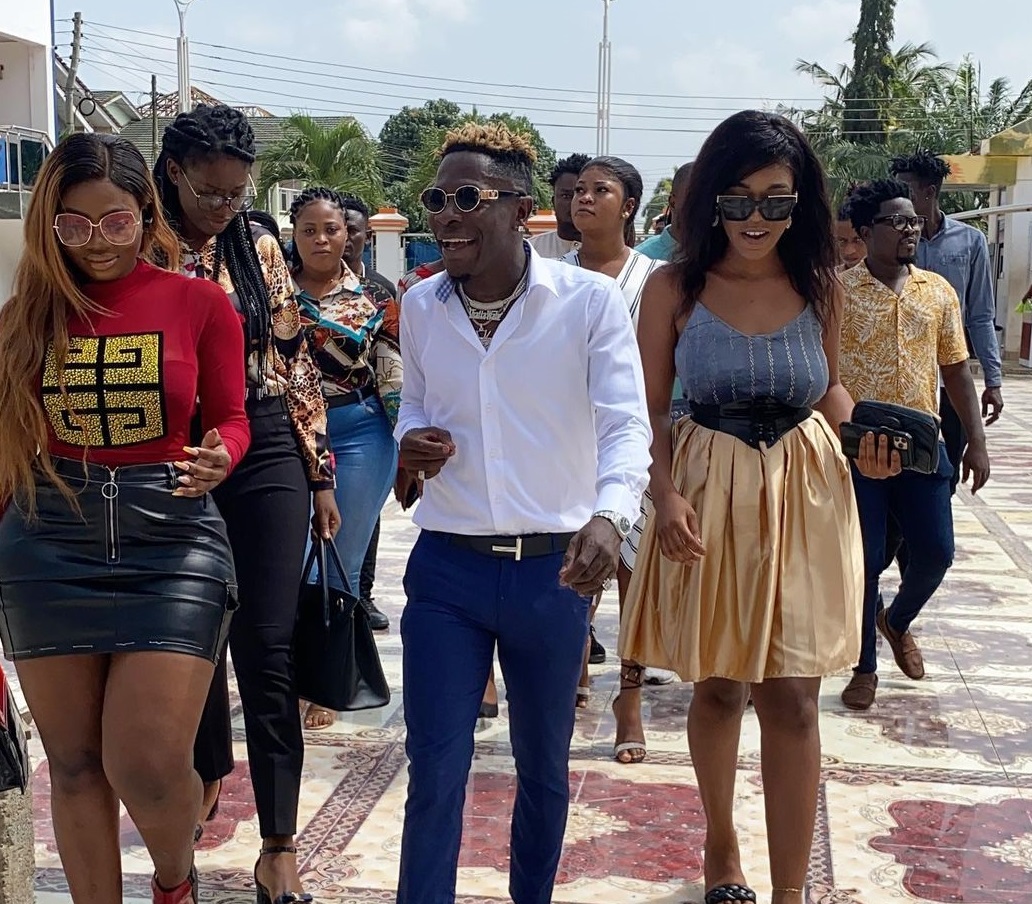 Following the sudden sack of SM Militants like Pope Skinny, Joint 77, Addi Self, and others from the Shatta Movement camp, the boss of the movement, Charles Nii Armah Mensah Jnr, popularly known as Shatta Wale has unveiled some newly signed artistes to the world.

These new acts, unlike the earlier ones, are females who have all the needed things physically to blow in the Ghana music industry.

During an interview earlier today on Zylofon FM as part of his media tour to promote a project for the Kumerica craze he is embarking on, award-winning Reggae/Dancehall artiste, Shatta Wale disclosed that he has signed two female artistes on to his Shatta Movement Record label.

Speaking about these ladies just when the interview was about ending in a rather hasty way, he stated that the two of them have been signed to his record label and that they are undergoing grooming and training to be launched into the music industry.

These budding singer gave their names as Peace Amekuse and Monarch Yadark.

Watch the video of their unveiling below;

VIDEO: Is Wendy Shay Training For A Fist Fight With Fantana? Checkout her aggressive Boxing Training

0
Wendy Shays's latest Twitter update has left fans worried especially in times where she has been entangled with a 'beef' with his co Ruff...
Read more