Undoubtedly, Ghanaian musician/model Sister Derby has had her fair share on romantic relationships and it is very obvious that most of these relationships did not work out as she wanted.

The most popular one among her failed relationships is the one she had with her ‘school son’ Medikal that hit the rocks when Fella Makafui appeared on the scenes with her big and fleshy backside.

Well, it appears she is having some nightmares about all these failed relationships and as such, she has decided to vent her anger on social media in a few berserk posts.

In a series of posts sighted by thegossipmall.com on her Snapchat page, Sister Derby lined up some of these exs and gave it to the in the way she thought appropriate.

Accoding to her, one of her exes used to call her 5-7 times a day, some thing she initially thought was lovely but suddenly realized later that it was overly annoying.

The African Mermaid added that she later found out that the guy was only making sure to stay safe and be careful not to get caught whilst he cheated – this might be Medikal (LOL).

Again, she recounted in 2015 another ex was acting a fool, but after her mother told her not to allow guys to make decisions for her, she moved on in split sec.

It is pretty obvious that Sister Derby is still in great pain and might need some her sooner than later looking at her posts.

Check out the screenshots below 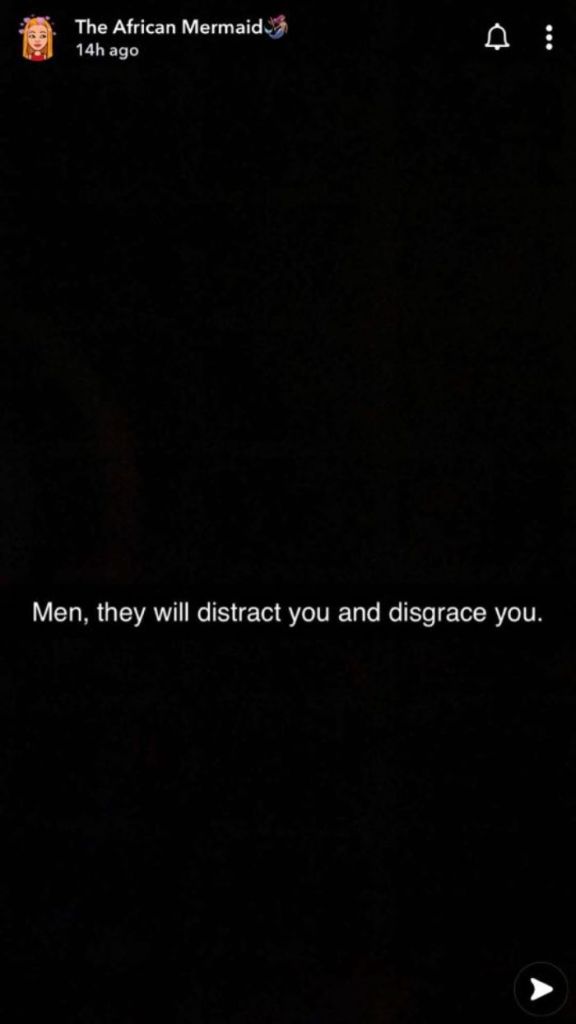 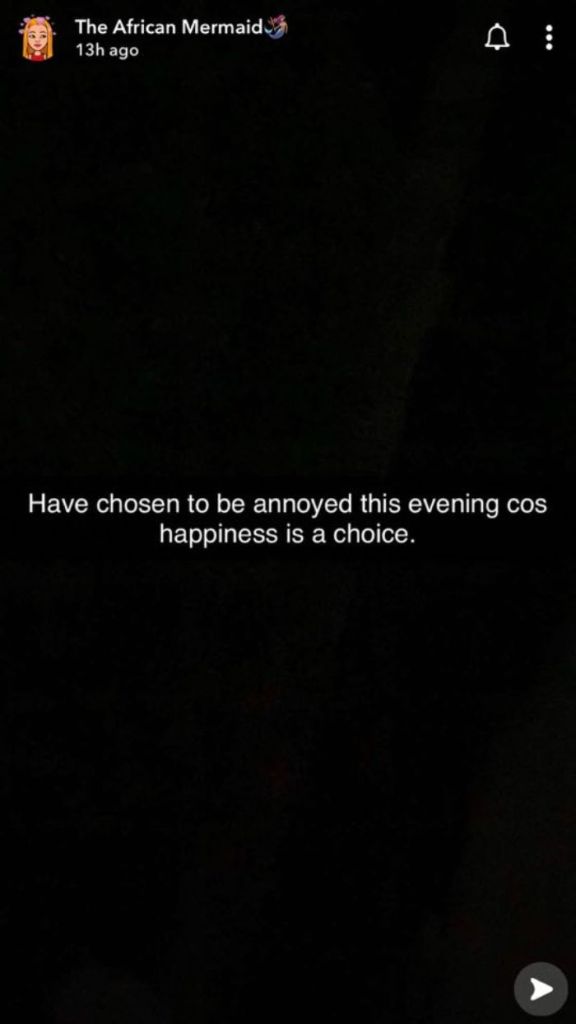 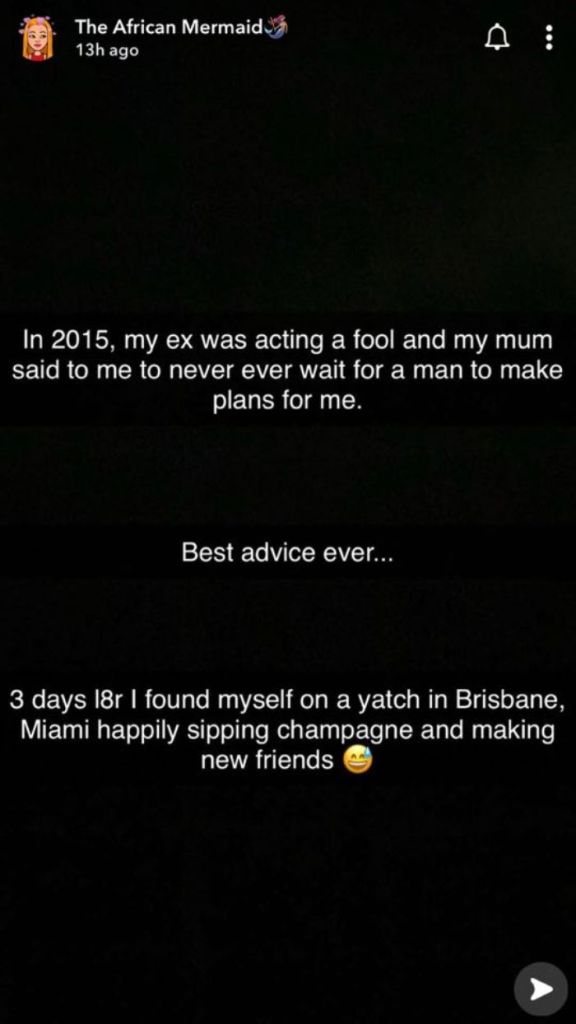 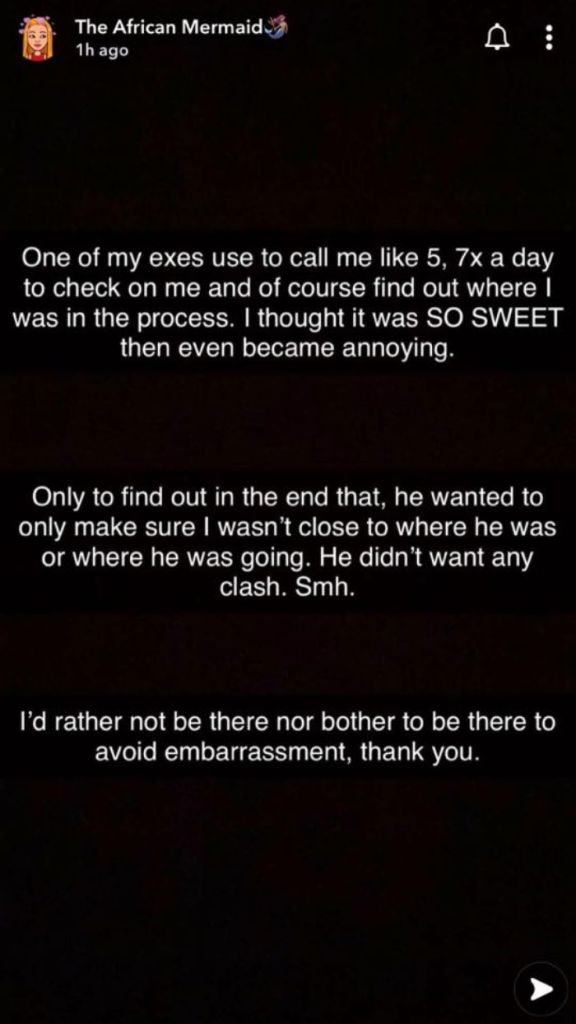