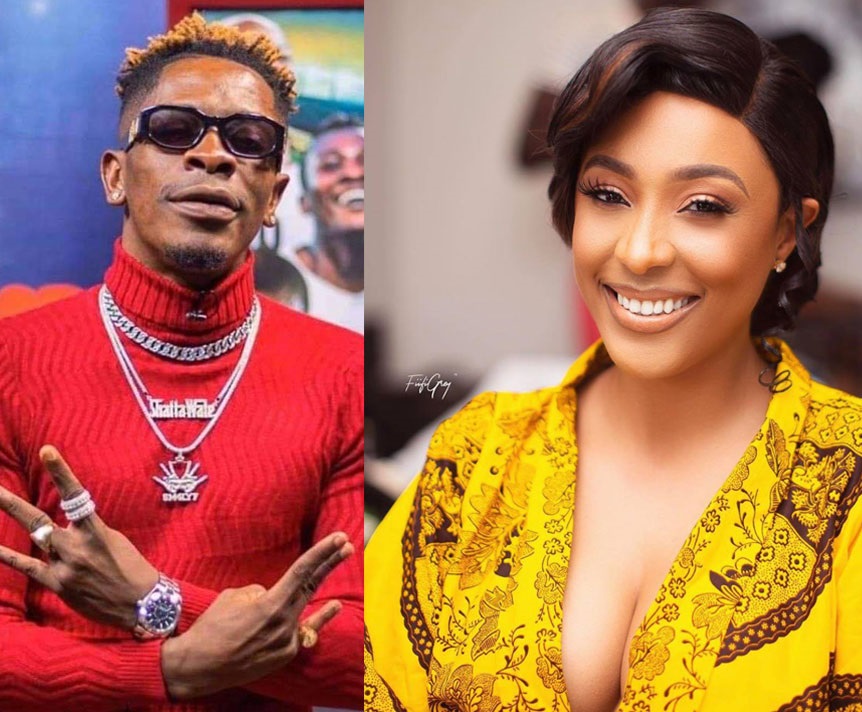 Already, many videos from the plush birthday party of top-rated Ghanaian Reggae/Dancehall musician, Shatta Wale have flooded many social media platforms but it seems people nearly missed this one that captures him putting his hands in the bra of actress/model Nikki Samonas publicly.

So it turns out that while the award-winning musician was having a dance with Nikki Samonas at the party, he used his hands to enter her bra because he wanted to give her something.

Well, even though Shatta Wale tried to be very smart and fast about whatever he wanted to do, he was still captured by a camera that was apparently smarter on the night.

Per what we have seen in the video, Shatta Wale was trying to give Nikki some dollars he had in his hands as transportation money but he could not think about a better way to do it than to put ii in her bra while over a 100 eyes were watching them.

That was some brave move from Shatta Wale but it certainly didn’t end well.

PHOTO: “I just want to be a star” – Duncan Williams’ deviant son cries out as he poses with Wizkid

0
Deviant Son of renowned preacher, Archbishop Duncan Williams, Daniel Duncan Wills who was recently in the news for the wrong reasons has cried out...
Read more
Showbiz

0
Jason Gaisie, who is known in the entertainment industry as Pappy Kojo, has descended on Ghanaians for giving attention to useless things that does...
Read more
Showbiz

SCREENSHOT: Social media users launch campaign to get Shatta Wale a shaving stick – Here is why

0
A campaign has been launched on Facebook to get Afro Dancehall artiste, Shatta Wale a shaving stick. READ ALSO: Not John Mahama! ‘Real’ Identity Of...
Read more