As indicated by sources, Sarkodie’s manager Angel Town had a misunderstanding between him and Stonebwoy which suddenly ended up in a fight between the two.

The news broke out after a post by Popular Entertainment expert, Ricky Tenneson.

He shared on his Facebook page that Angel Town had the issue with his eye after he got assaulted by Stonebwoy following a misunderstanding at Sarkodie’s ‘Black Love-Virtual Concert’ rehearsals.

And as at now, Sarkodie’s manager, Angel town is receiving treatment on his left eye at the Salem Eye Center based in Tema. 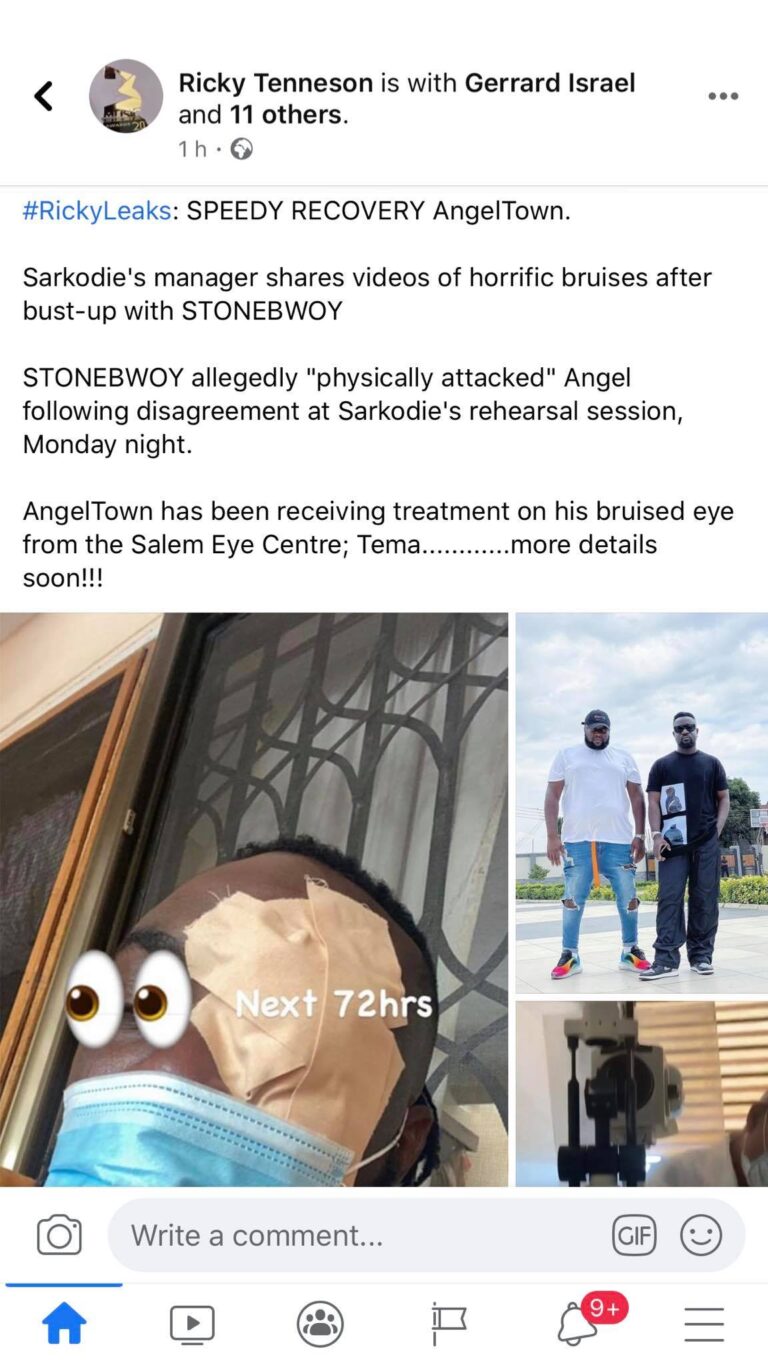