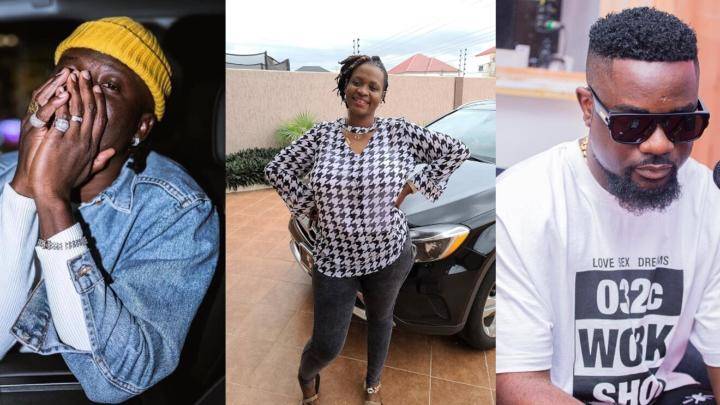 Ever since Sarkodie called out his colleague Stonebwoy over issues he has when it comes to anger management as a top musician in the country, Stonebwoy’s unofficial spokesperson, Ayisha Modi has been on a rampage attacking Sarkodie anyhow.

After recently mocking the Sarkcess Music boss because of the humiliation he suffered in the hands of Dr. UN, Ayisha Modi has launched another attack on the person of Sarkodie on social media because Stonebwoy finally received his much-awaited Grammy Citation for featuring On Morgan Heritage’s 2017 nominated Reggae album.

READ ALSO: Good news as one of AY Poyoo’s song is about to be used as the national anthem of America

In a post sighted by thegossipmall.com on the Instagram page of Ayisha Modi, she mocked him. Sharing a photo of Stonebwoy’s award, Ayisha wrote: “I stand with kabutey

Check out the screenshot below 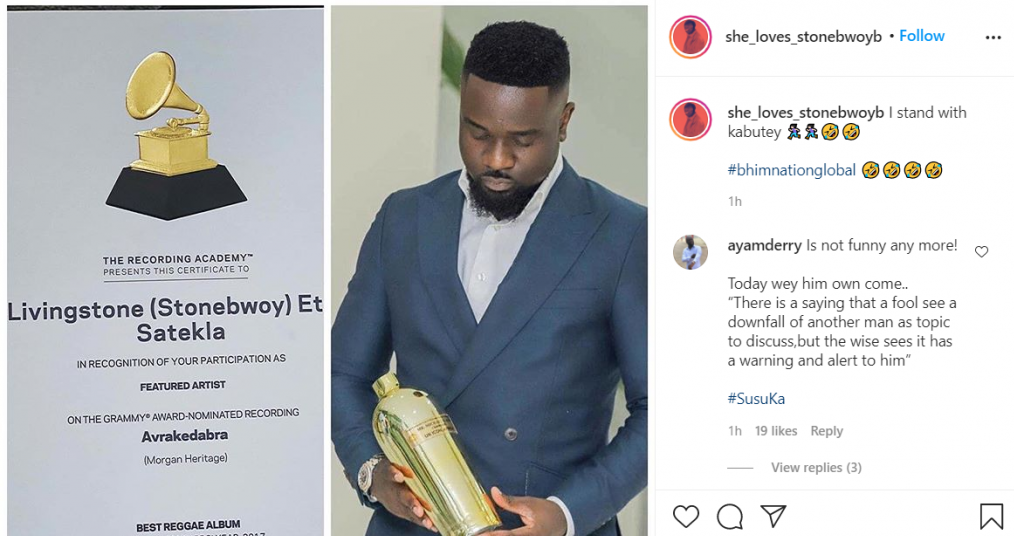 0
The Ashanti Regional Chairman of the New Patriotic Party, Bernard Antwi Boasiako has been sued by businessman Ibrahim Mahama for defamation. Mr. Mahama, who is...
Read more
Featured

VIDEO: Coded of 4X4 fame captured selling coconuts for a living years after failing to make a hit as a solo artiste

0
A former member of defunct hiplife group 4x4, Coded has been captured selling coconuts. According to Coded, he now sells coconut and fresh juice...
Read more