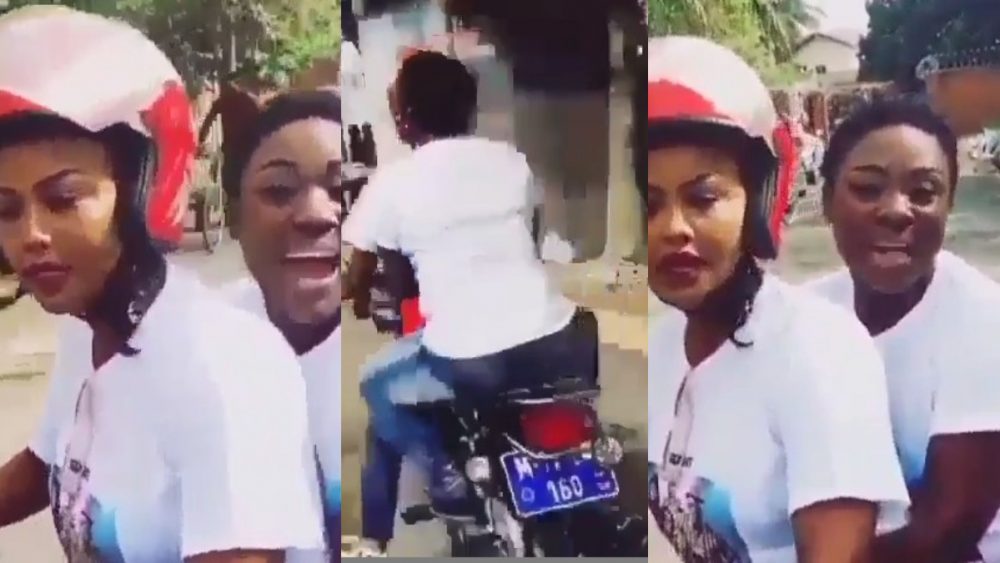 The NDC’s campaign message that they will legalize the use of Okada (motorbike) in the country when they are voted into power in the upcoming December 2020 election seems to be causing trouble for some celebs politically.

Earlier this week, the president of the Burniton music group, Stonebwoy came out to emphatically deny reports that he has endorsed the initiative of the NDC after an old video of him on a motorbike surfaced online.

It appears that the people who failed to get the Stonebwoy bit fly are at work again and this time, their attention was on top Ghanaian actresses, Nana Ama Mcbrown and Emelia Brobbey.

In a video we have chanced on online, the two award-winning actresses were spotted riding Okada in town. While Nana Ama acted as the rider, while Emelia was at her back as the passenger.

Check out the video below

0
Ghanaians have descended on dancehall artiste, Shatta Wale for wearing a fake Gucci shirt and a knicker which was perfectly worn by embattled Nigerian...
Read more
Showbiz

0
Akuapem Poloo has is going almost crazy after Mr. Eazi entered her DM to ask her "How far" Poloo shared a screenshot of Mr Eazi...
Read more