The reason for the absence of Michy, the ex-lover for top Ghanaian musician, Shatta Wale from his all-white birthday party which came off over the weekend has finally been revealed.

While many people, especially those who are hoping that these former lovers will get back together and probably tie the knot soon were anticipating that Shatta Wale’s birthday party will get them together, that failed to happen because Michy was nowhere to be found at the party.

Many of the fans of the musician after the well-attended party started to suggest that Michy intentionally failed to come to the party even though she sent him an emotional birthday message which read: “From fake chains to owning lanes.. a birthday worth celebrating no matter how mad I am at u .

happy birthday @shattawalenima‘stripper treats‘ will be at your gate at 11:30 pm. All paid for, nuh worry.

Well, in a bid to clear herself from all blame after one of Shatta Wale‘s fans accused her of lying, the Michy’s Hideout CEO wrote, “don’t say what you don’t know. We don’t go where we aren’t invited.”

This is to state that contrary to reports that she declined to attend after she was invited, she never received any invitation of the sort – mind you, the event was strictly by invitation.

See a screenshot of her reply below… 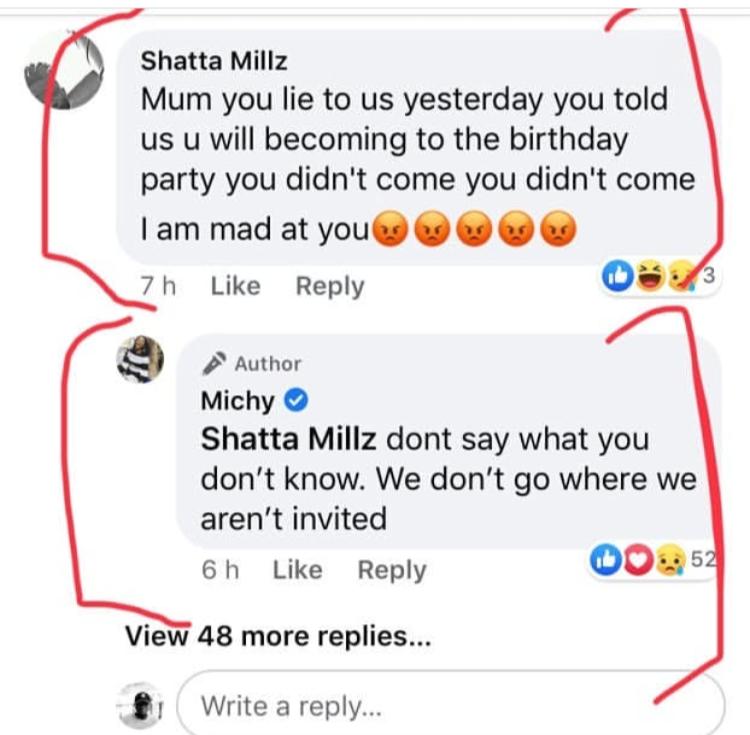