The practice of creating social media accounts for celeb babies became part of pop culture in the Americas and Britain not long.

Sooner than later, our local celebrities join the train and I must say, the trend of the local folks here has been something else.

In recent times, top Ghanaian celebs like Nana Ama Macbrown, Tracey Boakye, Strongman Burner, to mention a few, quickly created Instagram pages for their children as soon as they landed in this world for some clout.

On my runs on Instagram earlier today, I came across a similar ‘madness’ on the page of Ghanaian celebrity couple, Medikal and Fella Makafui, who have created an Instagram account for their newborn daughter, Island Frimpong.

In the post sighted by thegossipmall.com, Island Frimpong, the adorable young girl the world has been made to believe is just about a week old was warning her parent to stop taking pictures of her when she is eating.

Mind you, this is not the first post the young girl has shockingly made on her Instagram page. On the day her parents officially presented her to the world, she also thanked them for bringing her to the world because she was supposedly lonely on the other part.

It is pretty obvious her parents are exposing her to some social media torture even though she might not be feeling it at the moment because anytime such a post is made, social media folks drag her parents on various timelines to blast them, thus roping her in.

Some sane people should advise them to stop these ‘childishsness’ because it does not make sense. 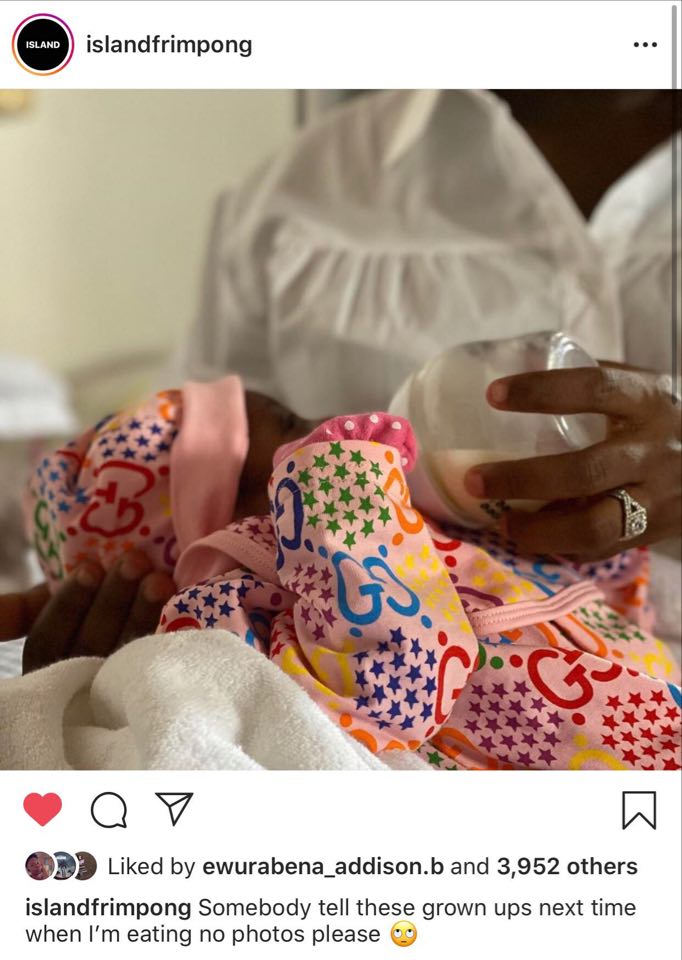 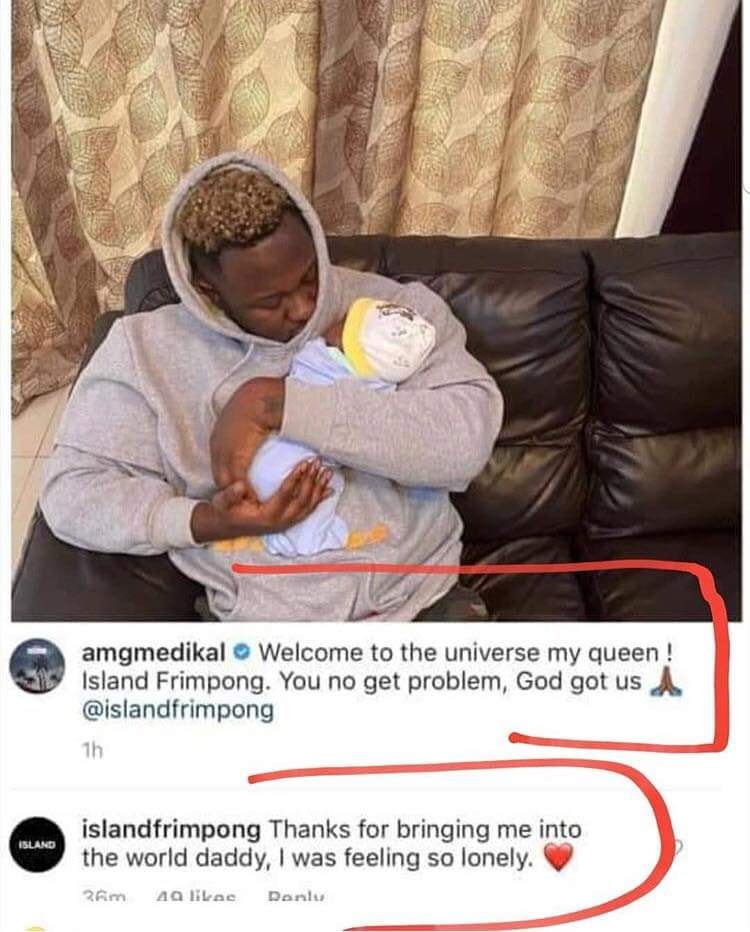