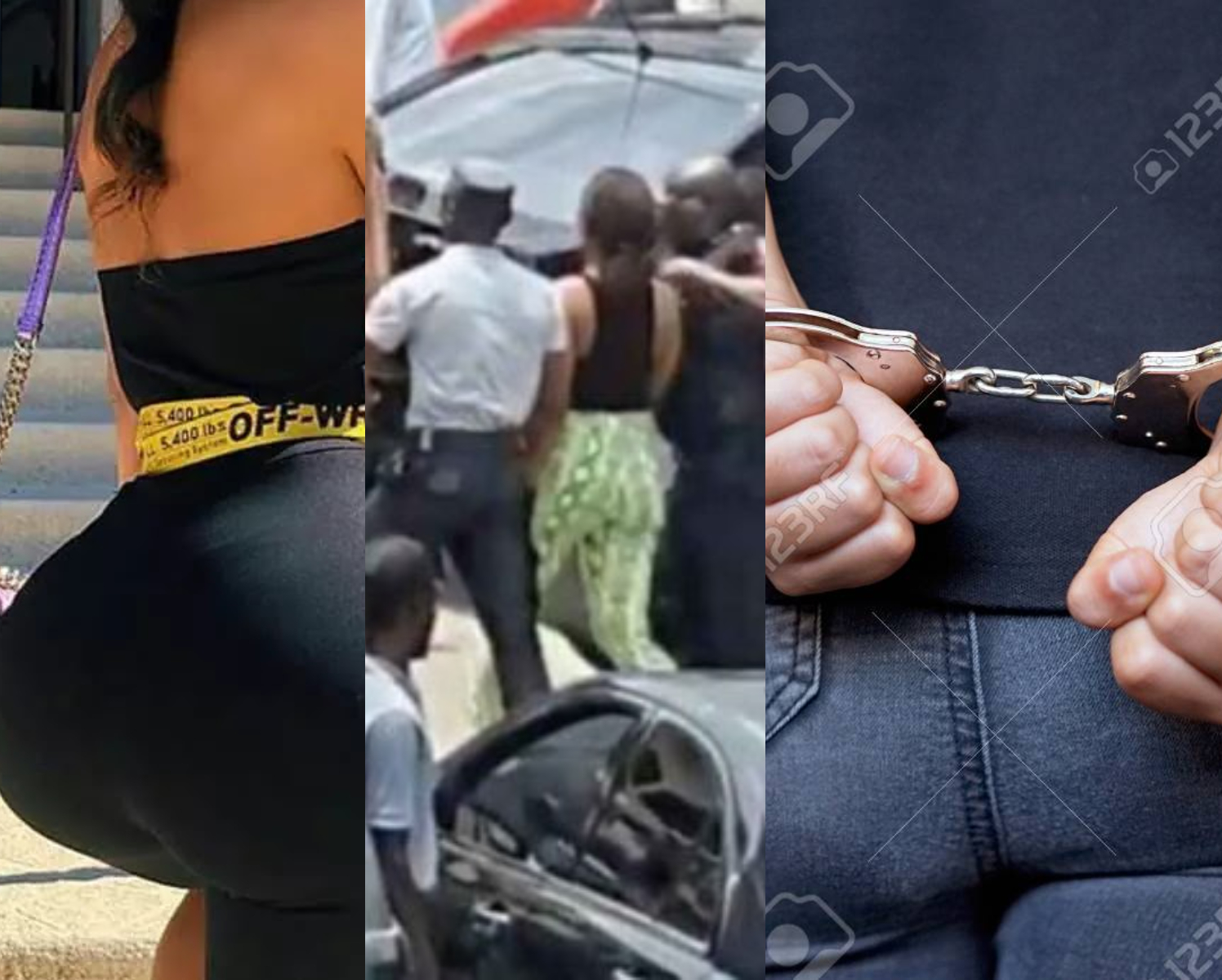 According to a recent video sighted on social media, a slay queen has been arrested for attempting to steal an I Phone 7 Plus from a phone shop.

The video which was first posted on the Instagram page of a socialite, Tunde Ednut had some angry Nigerians hooting at her and perhaps saved by the security personnel.

According to the video, she is reported to have hidden the phone in her private area but was unfortunately made and arrested henceforth.

“SEE EMBARRASSMENT: Apparently, she stole iPhone 7plus and hid it inside her “PUSSY”. She was searched and they brought it out of there. Look at her being embarrassed and led out by policemen. Okay, wait! Let’s say this again, when we see our known politicians that have stolen our money, we will be shouting “Chairman sir, you are too much”.

This is where we have strength. We have the strength to fight, burn poor thieves that can’t fight back abi? However, you treat the poor thieves is how the thieves in high places should be treated. All in all, stealing is not good Ooo!” Tunde stated.

0
In an interview with Eugene Osafo Nkansah of Nkonkonsa.com, Mickey Osei Berko, also known as Dada Boat, who is also an actor and media...
Read more
Showbiz

0
Fans are alleging that Grammy Award winner, Wizkid has chopped Moesha Boduong already after the Moesha was seen in a video cuddling Wizkid. The claims...
Read more
Showbiz