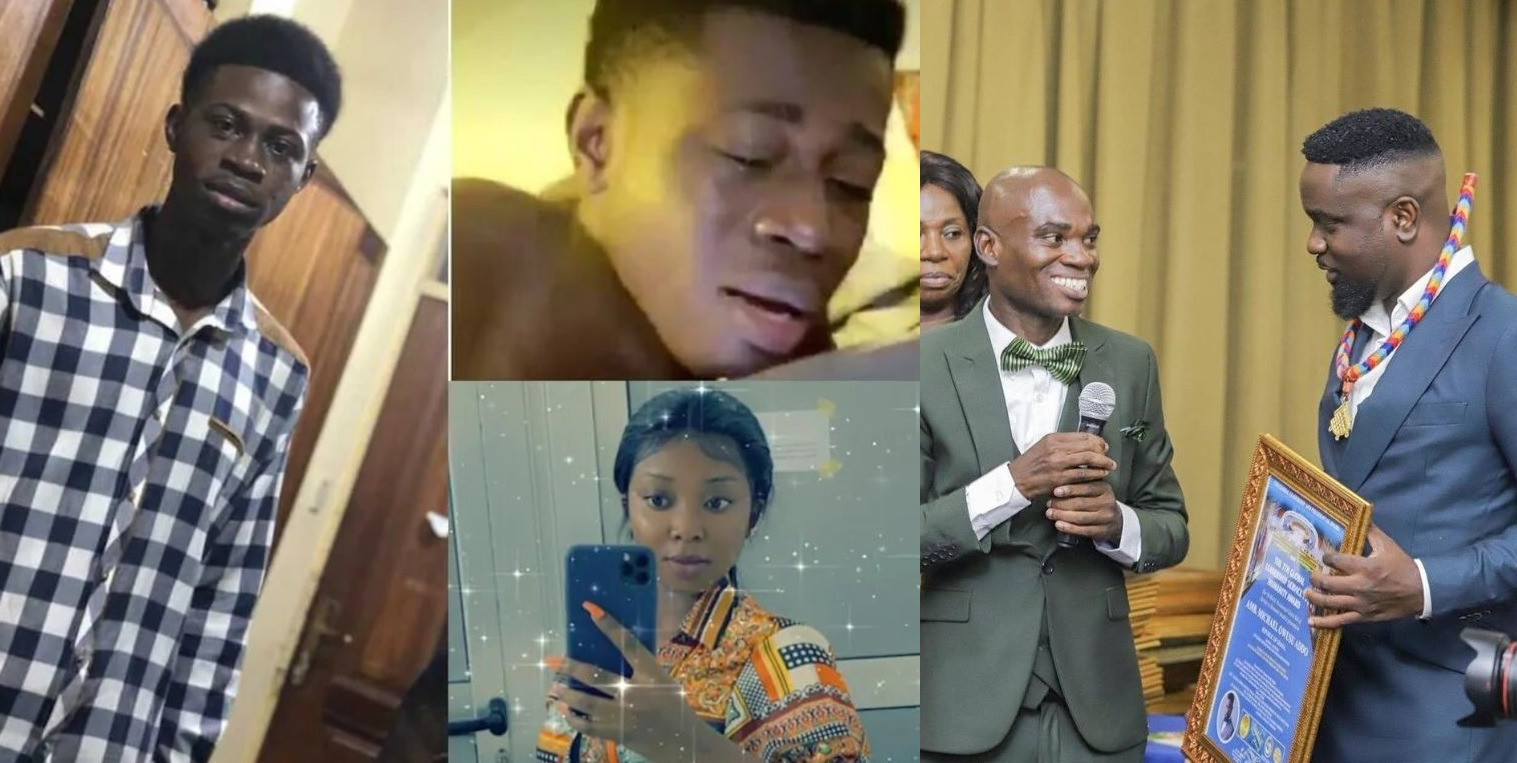 1. Sammy gets heartbroken by Nana Ama.

The KNUST lad called Sammy became the social media barbecue for some time in the earliest months of the year. Sammy was spotted in a circulating video on social media wailing and pleading with his ex-girlfriend Nana Ama to come to forgive and reconsider him.

2. Oseikrom Sikani “gbaa” big-time on a live interview with TV3.

One of the current rich young hommies in Gh, Oseikrom Sikani that is well known for his trolling of young graduates who are unemployed was caught on the Ghana trolling scheme for making a grammatical error on TV3. He was spotted sweating on the interview with how to express himself on what he does to earn all the money he has.

3. Fella Makafui shuns Medikal for cheating on her.

Medikal receives his turn of the shading as Fella vows to leave him for good. Medikal was seen throwing apologies all over the media to Fella and asking for forgiveness. His plea was later accepted as Shatta Wale stepped in and finally got married to Fella soon after the event.

The popular TV3 date rush reality show got the platforms buzzing with trolls as a gentleman rejects all the women presented to him on the show. Ignatius was hailed by many for turning down Freelove who had so far rejected many men brokenheartedly.

The two family members, Lilwin and Funny Face who were both musicians and comic actors fought on a tv show hosted on UTV by Nana Ama Mcbrown following a social media beef. They were inseparable in the fight until the show went on a commercial break and the CEO, Fada Dickson intervened.

6. Sarkodie receives a feeding bottle award from Dr. UN alongside other media personalities.

All-knowing Kabutey was boiled on social media for a while after he was scammed with an unpopular award by on Dr. UN. He was not the only victim. There were other elites like Berla Mundo, Captain Smart, DBlack and some others. It was more or less the headline of the year.

7. Doctor gets heartbroken by fair-skinned girlfriend.

One video that circulated on Facebook and Twitter after the Nana Ama saga was a doctor who was seen crying in his work attire as he was being consoled. This video went viral not long after the doctor posted a snap of himself and his supposed girlfriend exhibiting affection towards each other.

8. Adebayor loses his girlfriend to her sugar daddy.

Adebayor, the Ghana-based Togolese footballer caught the attention of the media as his serious girlfriend chose a sugar daddy over him. After going through some depression the lady finally comes out to say that, Adebayor was a selfish lover.

John Dumelo with his hands at his back was a picture that satisfied the hunger of laughter to the mass on social media. He was trolled for overworking himself in the name of politics and still losing in the end.

10. Wendy Shay spells Beyoncé wrongly on the popular “What Do You Know” reality show.

Not too long in 2020, the queen of Ghana music was captured disgracing her gang by refusing to spell Beyoncé correctly. Shay energetically started her spelling with B-E-W… And ended it there after seeing what she had done.

These events will remain legendary in the 2020 book of records.

Ibrah One Is Mentally Unstable, Brother Confirms With Medical Report

0
Ibrah One has been the subject of discussion in the last few days following his threats to Hon Kennedy Agyapong and extending it to...
Read more
Showbiz

0
Funny Face has sent a special message to his friend, Kwaku Manu as he celebrates his birthday today. During Funny Face‘s spell with his baby mama...
Read more
Showbiz