Two Ladies Fight Over Fake Hair In Front Of Police 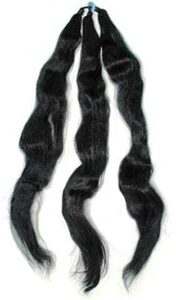 Two ladies were recently seen fighting in public due to hair bought by one of them which turned out to be fake.

The two ladies were seen in a viral video seriously argueing before it turned into a fight.

It later emerged that one of the ladies had purchased hair from the other but the hair she bought turned out to be fake, and therefore decided to fight for her money back.

The one who sold the alleged fake hair, had obviously recorded the sales in her book and had no intention of returning the money.

The funny thing is, the fight happened in front of a police station and the one who made the video actually had time to open Snapchat and select a filter before she could film it.

We think she was probably a friend of one of the fighters.