Veteran actor Waakye down with stroke

A photo of veteran actor Prince Yawson, popularly known as ‘Waakye’, on a hospital bed has popped up on the internet.

According to reports, the veteran actor has been battling stroke since 2013 which has accounted for his break from the movie industry.

A Facebook user, identified as Precious Tritone Maw, who shared the photo, claimed he has been down with a mild stroke for some time now.

The actor has been captured with a nasal oxygen catheter with electric stimulators on his chest as he laid on the bed in an unidentified hospital. 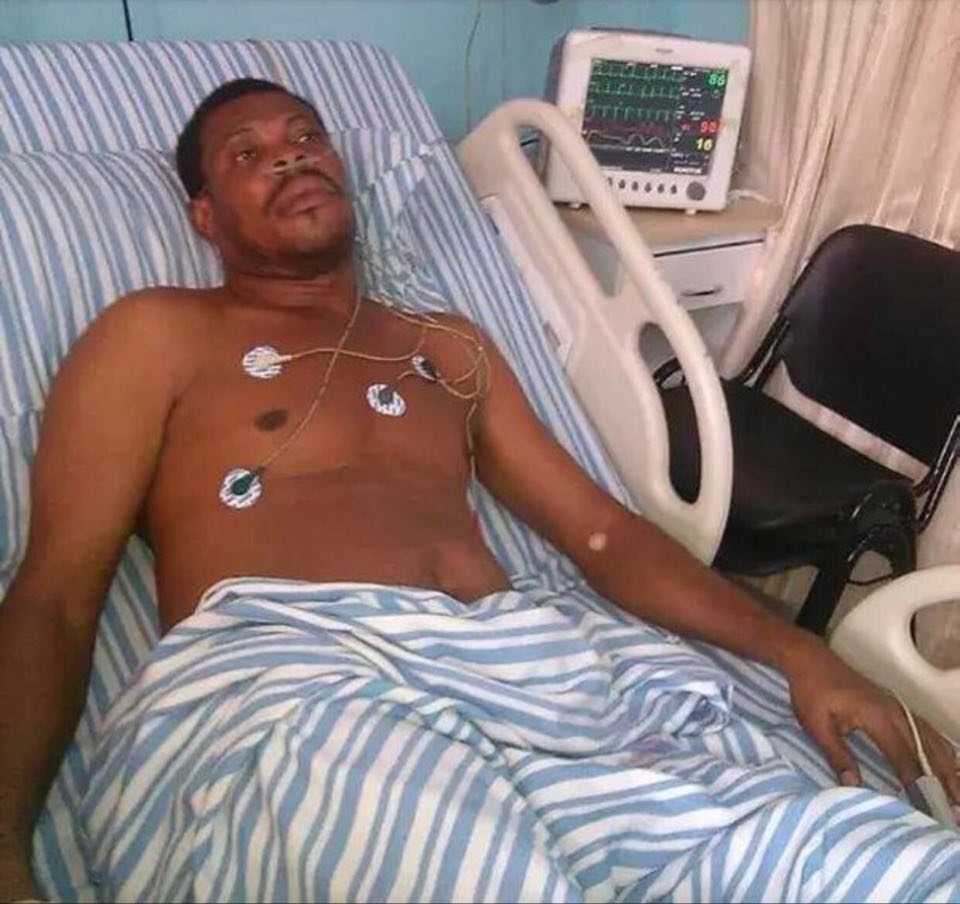