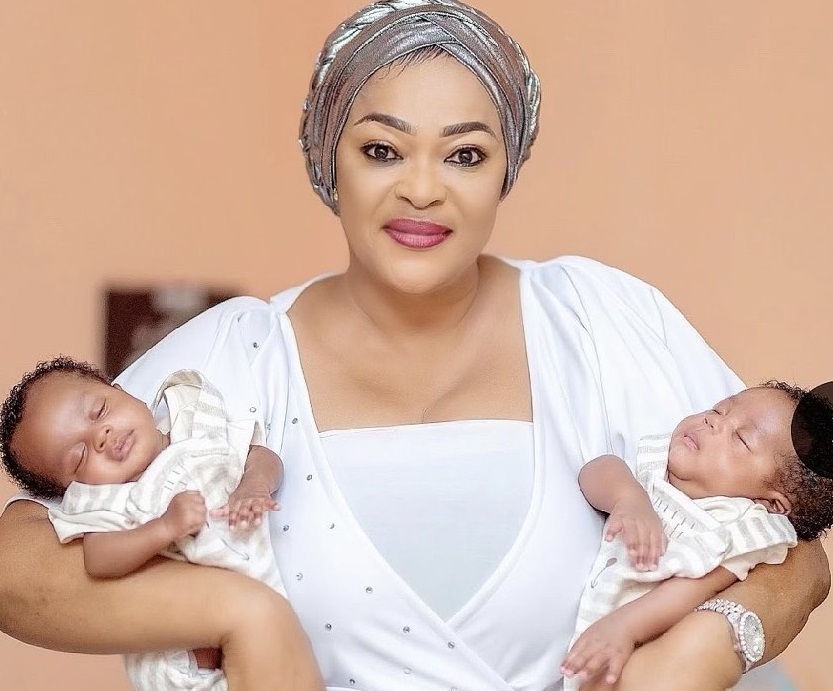 It turns out that the thinking of many people that veteran Ghanaian actress, Kalsoume Sinare has given birth again is not true.

The reports that she had welcomed a set of adorable twins went viral yesterday after the actress took to her Instagram page to share a picture of herself and two babies.

READ ALSO: Stonebwoy’s ‘Special Bodyguard’, Ayisha Modi In Tears As She Gets Brand New Range Rover Velar Which Costs Over $42,000 From Her 19-Year-Old Son (Photo)

She captioned the photo she posted, “Allah is our strength ❤️❤️❤️”.

This opened the doors for a lot of speculations and conclusions that she has become a mother again in her old age, especially when her colleagues like Kafui Danku, Prince David Osei, Selassie Ibrahim reacted to the post happily.

READ ALSO: Medikal Shames A Fan Who Decided To Beg Him For A PS5 Online

Well, it turns out the children are not hers as we at thegossipmall.com believed.

According to the award-winning DJ and radio presenter Andy Dosty, the twins are the children of her younger sister actually.

Andy Dosty made this revelation during the headline segment of his show on Hitz FM dubbed, ‘Daybreak Hitz’.

So there you have it, Kalsoume Sinare has not given birth.

VIDEO: Bobrisky twerks heavily and tells men that her laps alone can make them c*m

0
Nigerian man/woman socialite, Bobrisky has taken to Instagram to twerk heavily by whining her waist to tease the men on her list. READ ALSO: Money!...
Read more
Showbiz

0
Stonebwoy and his cherished wife, Dr. Louisa Satekla has at long last paid an unexpected visit to Angel Town to junk out the warmth...
Read more
Showbiz