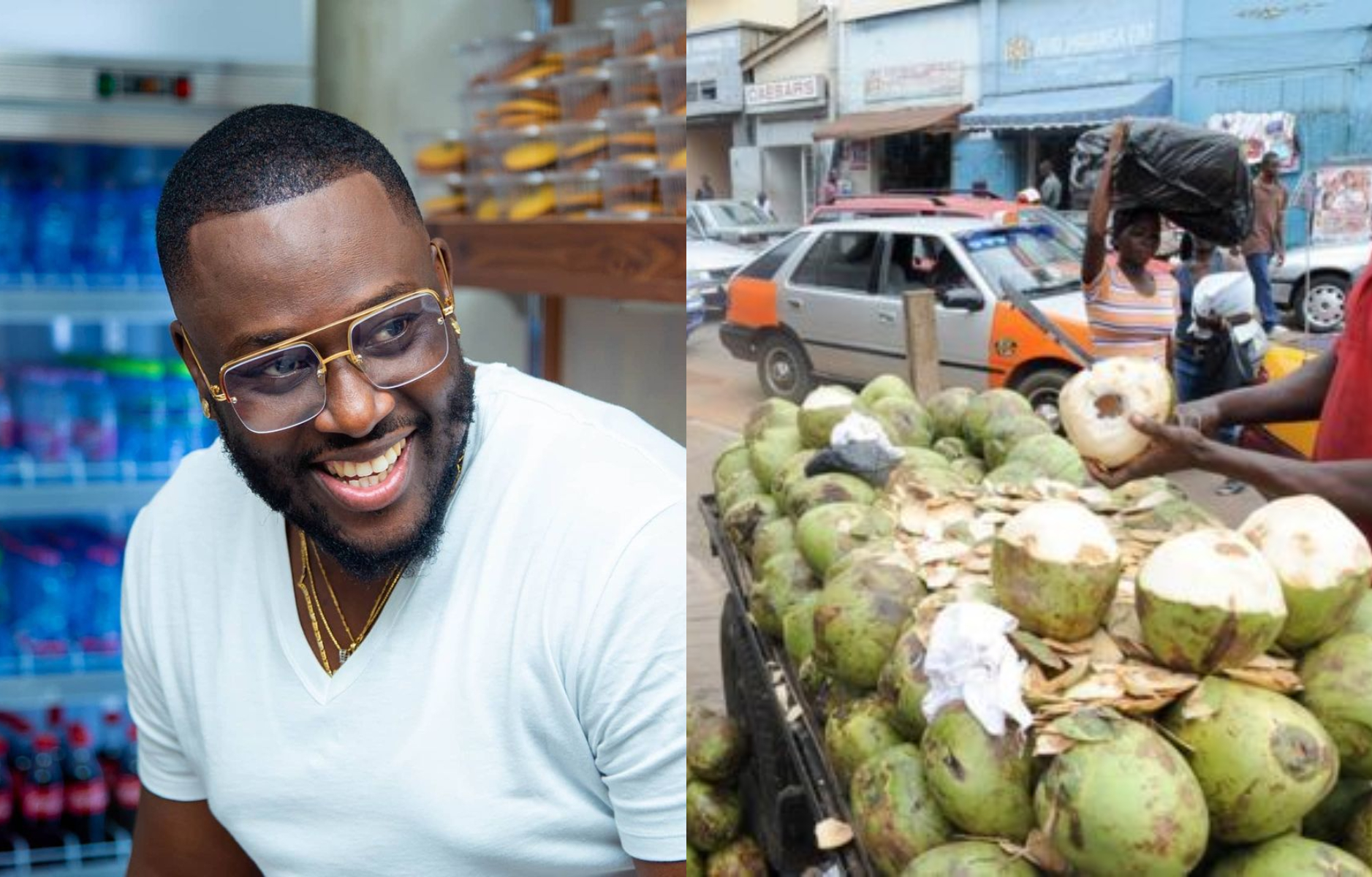 A former member of defunct hiplife group 4×4, Coded has been captured selling coconuts. According to Coded, he now sells coconut and fresh juice at the Baatsona Total Filling Station in Accra.

It appears Coded has ventured into the hospitality business as he shared a video of himself cracking a coconut for one of his customers.

Coded is a former member of the famous 4X4 group which produced hits back a few years ago. The group made of Coded himself, Fresh Prince and Captain Planet went their separate ways as they decided to embark on solo projects.

However, things have not gone as planned; Coded has managed just a single hit since then.

Apparently, investing in the hospitality business is a good decision for Coded since the hits are not coming.

0
The boss of Black Avenue Muzik, Desmond Blackmore aka D-Black has slammed broadcaster, Bridget Otoo for deciding to bring up the name...
Read more
News

Edem nulls his membership from GHAMRO and here is why

0
According to Edem, he is no longer a member of GHAMRO until the organization is able to pay what artistes are really due and...
Read more
Showbiz