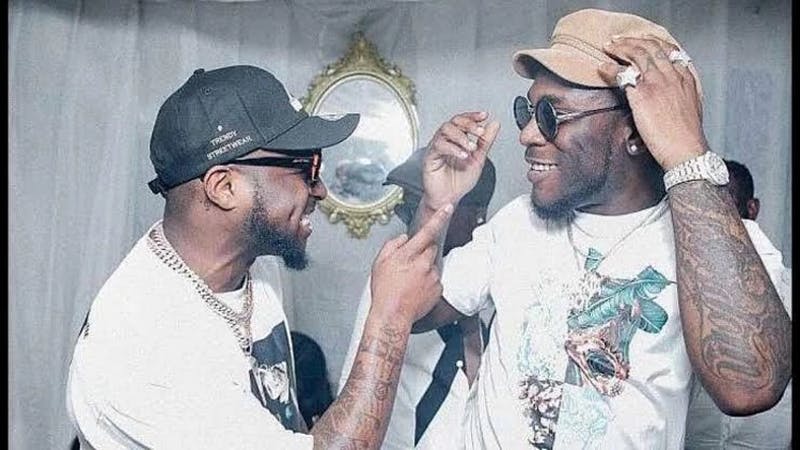 Nigerian musicians, Burna Boy and Davido have landed in Ghana with their lyrical beef many people thought was faked for hype, and this time, it was nearly bl00dy.

Burna Boy who has been in Ghana for the past two weeks is said to have heckled deep insults on Davido after he and Stonebwoy entered Twitch Night Club yesternight.

Davido, who got furious also replied back Burna Boy’s derogatory comments with even uglier remarks.

According to witnesses, the hot verbal exchange between these two notable archrivals intensified to its greatest degree and they were left with no other option than to resort to a fist duel to settle the scores.

They both went outside the nightclub to box but the people around which included Wizkid who was present at the awful scene were able to calm the nerves of these two musicians.

From a video obtained from the scene, a very angry looking Davisdo was seen leaving the night club and pushing people in his way

Check the video below for more…

VIDEO: Repented Moesha Boduong weeps as she storms church to confess her ‘dirty deeds’ – Says finding Christ is the best thing to have...

0
Moesha Boduong has been seen in Church as a repented soul crying as she confessed as a sinner and gave a testimony as to...
Read more
Showbiz

“I Was Too Good To School In Ghana”- Kweku Flick Brags

0
Upcoming Ghanaian musician, Kweku Flick, has stated that he was a very clever student during his senior high school days. According to the musician, his...
Read more