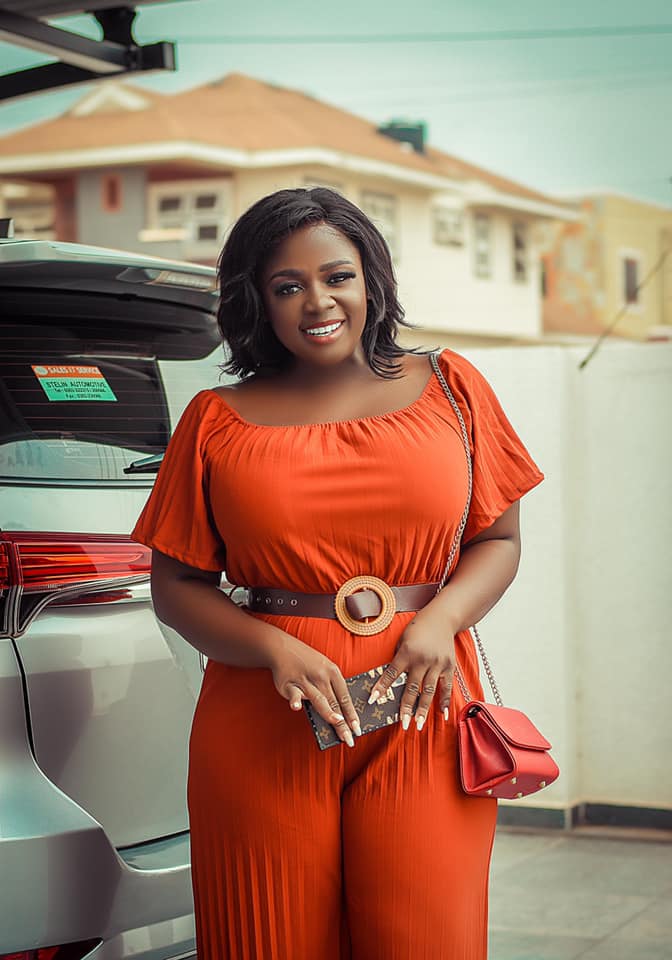 Tracey Boakye has in a live video disclosed her wishes and what she wants to accomplish before she clocks 30. The social media talkative and the lady at the center of the ‘Papa no’ saga made this revelation in response to critics after a goofing in an attempt to copy American Cardi B.

READ ALSO: “After cheating me for so many years, I have finally won one” – Gasmilla throws shots at VGMA board in his acceptance speech after bagging an award

Reacting to critics, Tracey disclosed that she will not waste her money on unnecessary fashion but will rather channel all her money to buy houses and other properties.

She further revealed that she intends to own at least five houses before she clocks 30 years. Now at age 29 and with less than 12 months to clock 30, Papa no should be prepared to pay more than he paid previously.

Afia Schwar Shamefully Flaunts Her New Mansion And Cars After She Was Exposed To Have Begged To Show Her Raw Backside For An Ambassadorial...

0
Ghana's loud and self-styled queen of comedy, Afia Schwarzenegger was yesterday mercilessly dragged on social media after an audiotape of herself was leaked online...
Read more
Showbiz

0
Michy, formerly known as Shatta Michy, is now the talk of all social media after she excelled in her international women's day presentation on...
Read more
Hot Gossips

Eiisshh! Actress Pat Ugwu puts shows her akosua kumaa once again in a video; says being a good girl does not pay

0
Nollywood actress, Pat Ugwu has put her 'akosua kumaa' on display and this time echoing that being a good girl does not pay. Pat Ugwu...
Read more