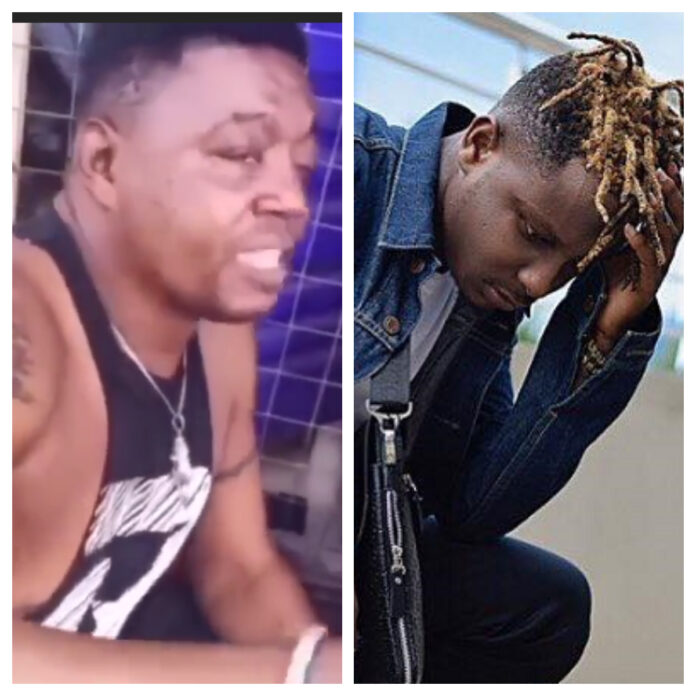 A former bodyguard of Stonebwoy and attacker of Kelvynboy at Ashaiman has revealed why he attacked the Afrobeats singer during a live event.

The former bodyguard of Stonebwoy has linked his attack on Kelvynboy to how he disrespected the people of Ashaiman by stating that he will never perform at any live event at Ashaiman.

“Kelvynnoy stated that he will not perform at any live event at Ashaiman including Ashaiman to the world so for me to see him at Ashaiman is very surprising. Which chief did she seek permission from before performing here at Ashaiman?” He said.

The determined man declared that he is not afraid of being arrested by the Police or even the military because he knows his left from right.

Watch the video below below

Shatta Wale’s Heart Will Probably Miss A Beat As Video Of Another Musician Grinding His Baby Mama, Michy Hits Online

0
Popular Ghanaian musician, Shatta Wale might not be happy when he sees this video that is trending. A video of the fast-rising singer, Nautyca seriously...
Read more
News

0
A 25-year-old farmer has been put before Bibiani Circuit Court in Ahafo region for attempting to sell his 5-year-old son. The accused priced his son...
Read more
Showbiz

0
After taking his time to do whatever he was doing at home while people were waiting for him at the premises of Asaase Radio,...
Read more