Earlier this morning, a video of a fair-colored slay queen who was caught trying to steal the laptop and an amount of Ghc35,000 from a guy she claimed she loved and was dating went viral on social media.

Just like the guy in question, many social media users who passed comments on the video could also not fathom why this slay queen would do this, especially when the commentary attached suggested that the guy was good to her as a boyfriend.

READ ALSO: Michy Shares An Emotional Video Of Her Love Journey With Shatta Wale To Celebrate Him On His Birthday – Watch

In the wake of all the raging comments about the video, one lady on Instagram who happens to know the lady in real life has dropped her name and the place she stays to shame her the money.

According to the lady whose Instagram name is kesterwife6, this Kleptomaniac slay queen is called Princess.

She also added that she lives at Alhaji Tabora in Accra and stressed that this is actually the behavior of this girl and many others from that hood. 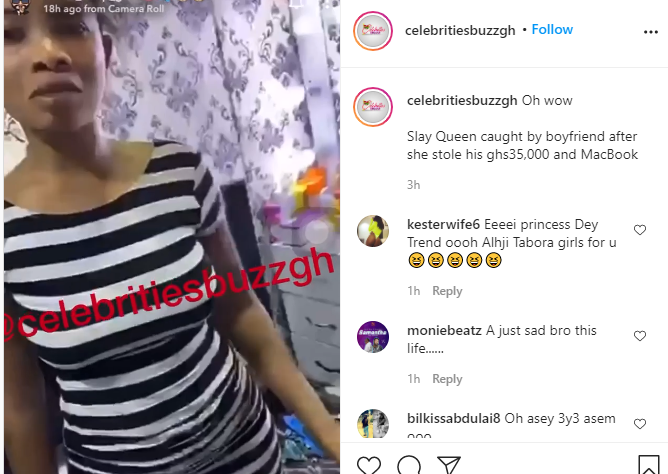 So there you have it if you were windering the identity of the lady from the viral video this morning.

Nigel Gaisie blasts Kennedy Agyapong, describes him as a liar and an evil politician

0
The founder and leader of PROPHETIC HILL CHAPEL, Prophet Nigel Gaisie has called out the member of parliament of Assin Central constituency for alleging...
Read more
Showbiz

0
If you forgot your phone password, pattern or pin, you don’t need to panic, here, I am going to the steps you will...
Read more