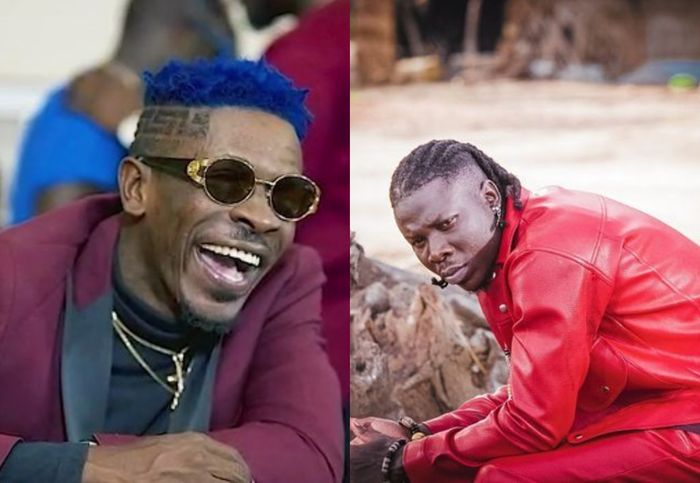 From Ola Michael’s account of what caused the fight between Stonebwoy and Sarkodie’s Manager, Angel, at the “Black Love” virtual concert rehearsal, it’s obvious that Shatta Wale was treated like a Hollywood star whilst Stonebwoy got sh!t on!

According to Ola Michael, Stonebwoy upon arriving at the venue wasn’t allowed to park at a particular parking lot with a reason that it’s reserved for dignitaries──I mean very very important personnel.

And just when Shatta Wale who featured Beyoncé on her “Already” song off her “The Lion King: The Gift” album──and recently released its official music video arrived, he was welcomed and allowed to park at the very parking lot Stonebwoy was denied parking.

Per Ola Michael’s account, Stonebwoy wasn’t happy about Shatta Wale’s sort of Hollywood star treatment and then confronted Sarkodie’s Manager over it──which eventually led to the throwing of punches and then pulling of guns.

Apparently, that parking lot for very very important personnel was reserved for Shatta Wale and not any other artiste and it’s obvious that his collaboration with Beyoncé has elevated him.

Patapaa says he is the new face of Highlife music in Ghana and we are like is he on some expired cannabis?

0
Since his emergence in the music industry with his 'noisy' music, experienced industry players have had a torrid time categorizing his style of music....
Read more
Showbiz

0
Ghanaian actress and socialite, Moesha Babiinoti Buduong, has announced her birthday, which falls on the 10th of March, with a blast. The actress posted a...
Read more
Showbiz

0
Music producer, Wei Ye Oteng, has replied Ayisha Modi on her claims that she produced Obrafour’s ‘Kasiebo’ song after making the revealing on the...
Read more