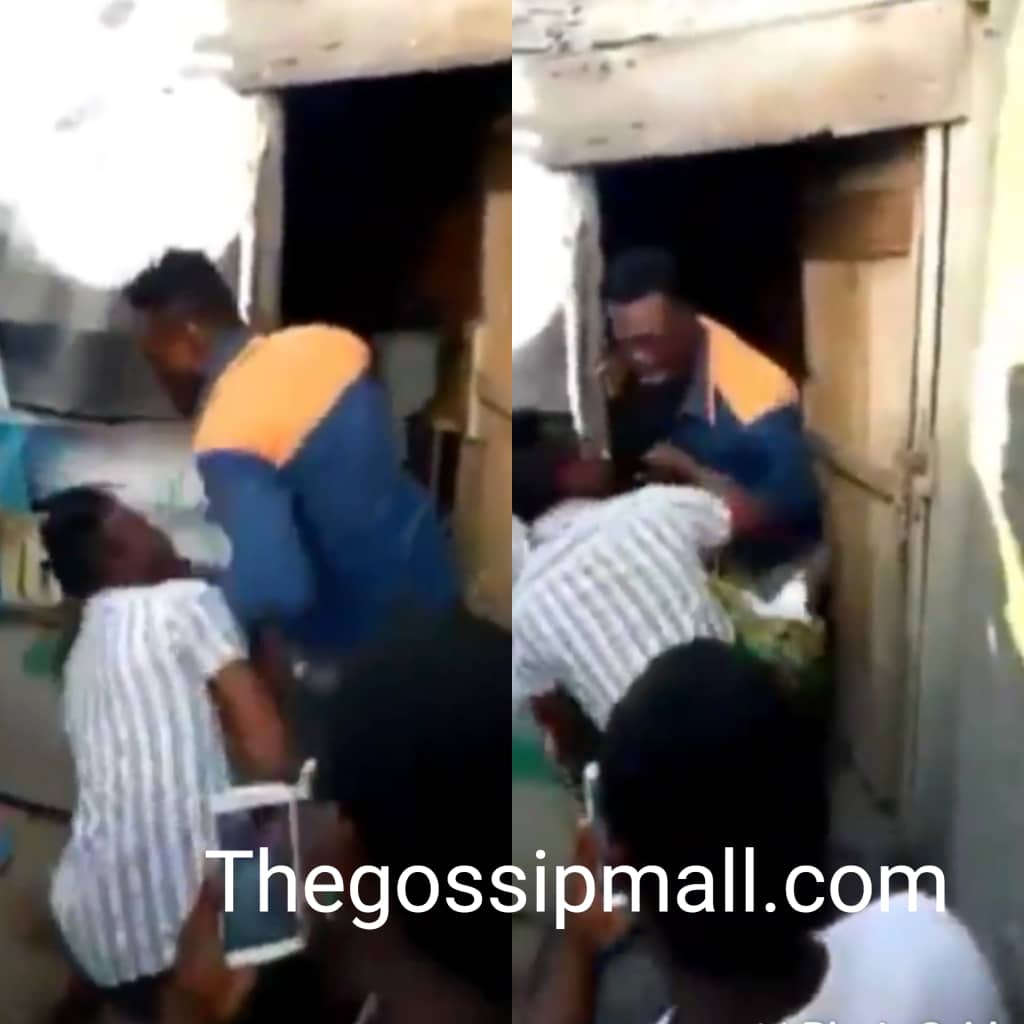 A Ghanaian man and his wife’s relationship ended in tears after an alleged incident of cheating involving the wife.

In a video going viral on social media, the broken-hearted husband could not hold back his anger and tears as he packed his wife’s belongings and threw them out of the house, shedding tears all over the place.

Bystanders at the house tried to calm him down but homeboy was shedding bitter tears and was in no mood to listen to reason. Meanwhile others in the vicinity were also seriously shooting everything that was going down.

The video is bitterly painful and hilarious at the same time. I guess it depends on whether it has happened to you before or not.

Either way, never let anyone tell you men don’t have emotions – this video definitively proves otherwise!

WATCH: Actress Keyeiwaa’s white wedding is ongoing and we have a first video of it

0
Actress Kyeiwaa got married yesterday in the United States of America and her traditional wedding was a sight to behold. Her white wedding is happening...
Read more
Showbiz

0
Samini may not be able to sleep today after fans of Stonebwoy descended on him for teaming up with Kelvynboy to destroy their Bhim...
Read more