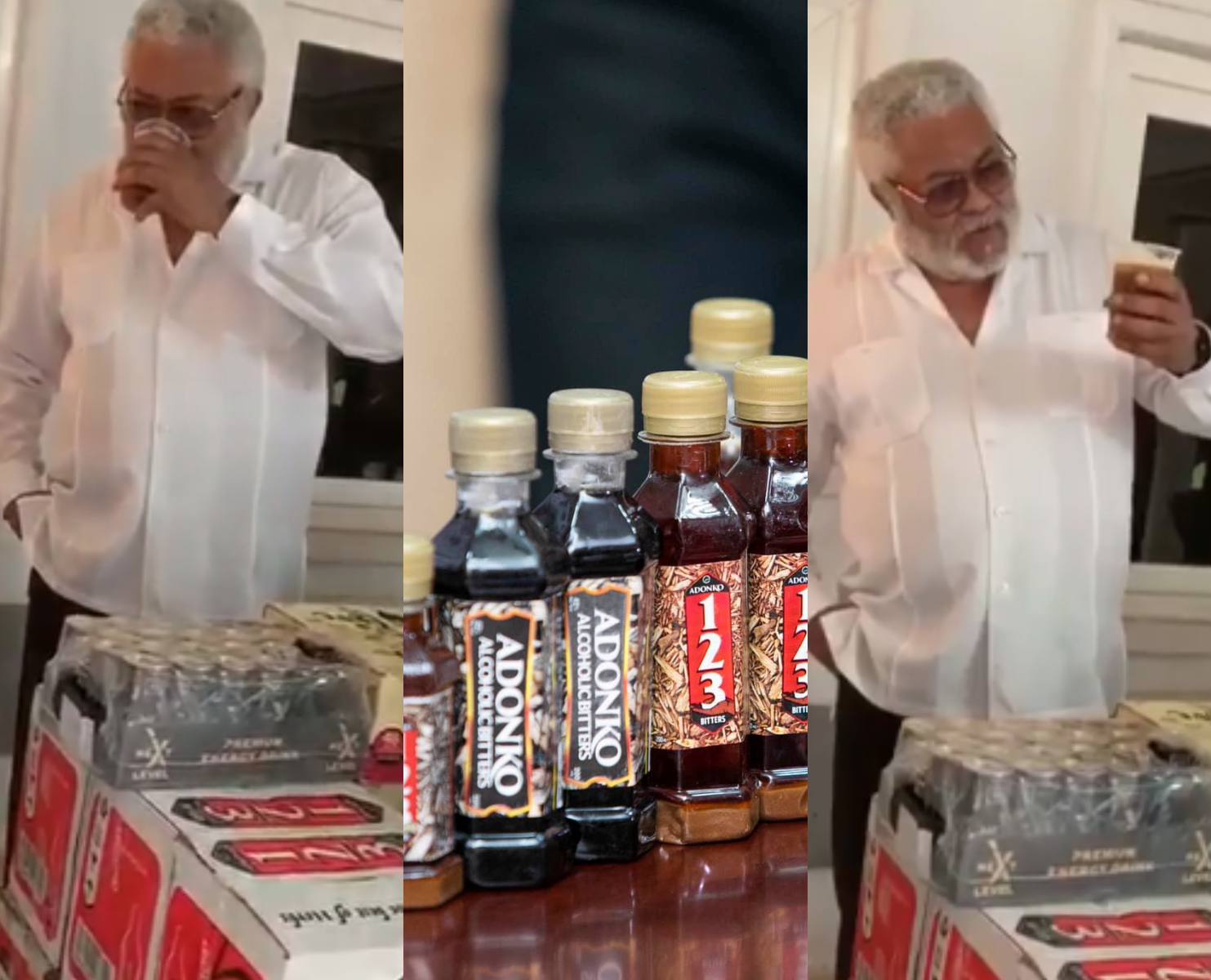 Former President, Jerry John Rawlings has been captured sipping Adonko Next Level Energy Drink after Adonko Company Limited made donations of Adonko products as support to his mother’s funeral.

The former President looked excited as he enjoyed the energy drink.

The mother of Flt Lt Jerry John Rawlings was laid to rest over the weekend following her death a few months ago.

The occasion was graced by President Akuffo Addo, Members of Parliament, Ministers of state and other important dignitaries.

Watch the video as Papa Jay enjoys his Adonko next level

VGMA 21 – Here are the winners of the first edition

0
The first edition of the Vodafone Ghana Music Awards(VGMA21) has come to an end and it was an exciting one - Simplicity, orderliness and...
Read more
Showbiz

No N0nsense! Aaron ‘Cyril’ Adatsi Shares Photo Of His Baby Mama For The First Time And Blocks Fans From Passing S!lly Comments

0
After being bashed left, right, and center on various social media platforms following the revelation that he gave birth when he was not married...
Read more