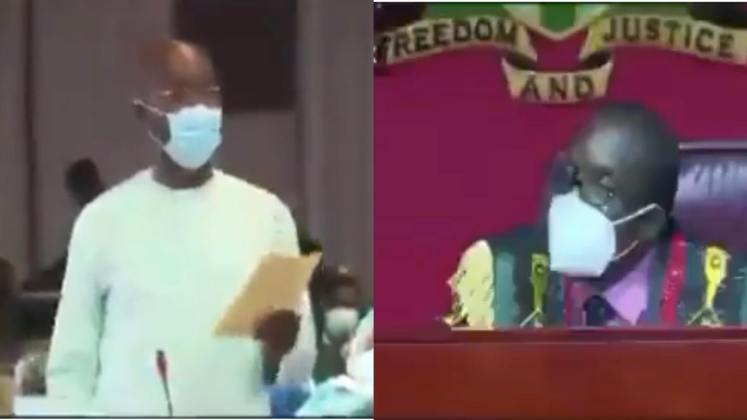 Kennedy Agyapong has been given the humiliation of his life by the Speaker of Parliament, Alban Bagbin when he rose from his seat to challenge a motion at Parliament yesterday.

READ ALSO: PHOTO: BB Naija 20 star, Nengi arrives in Ghana like a queen as she flies in a private jet

Fearless Kennedy Agyapong was silenced when the Speaker of Parliament disagreed with his opinion as he began to speak and subsequently yelled at him to sit down.

With humility, Kennedy Agyapong sat quietly without utter dismay. We have now understood that fearless Kennedy Agyapong has a master in the person of the Speaker of Parliament, ALBAN BAGBIN

READ ALSO: From Prison, Hushpuppi fires his lawyers; Here is why

Funny Face shares Hilarious Video Of Himself And His ‘Machine’

0
Comic actor, Benson Nana Yaw Oduro Boateng, seems to have left the past behind him very quickly after all that happened to him in...
Read more
Showbiz