The wedding invitation of Ghanaian musician popular for showing his d!.ck on stage, Wisa Greid has surfaced online.

According to the invitation we have seen online, Wisa is set to tie the knot with his beautiful Ghanaian Canada-based girlfriend who is also a musician known as Annabell Nyamekye Twum, with the showbiz name Noko’Nice.

Per the invitation, the wedding is set to take place at Spintex, Coastal Estates on the 28th of January 2021.

It will be recollected that the rumors that Wisa was going to tie the knot started over the weekend so this invitation that is going viral is just a confirmation of the stories known.

Congrats to him and his future wife. 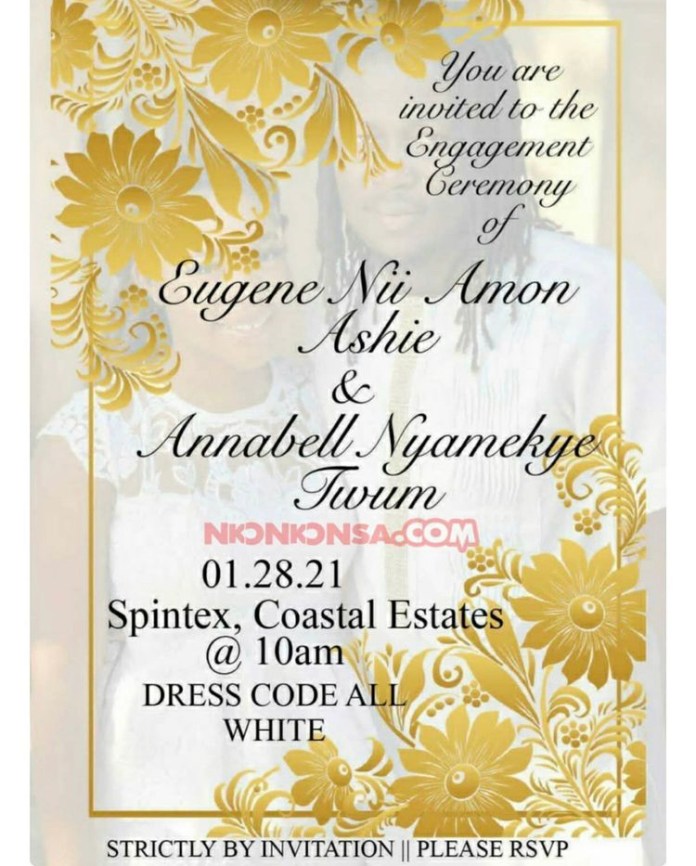