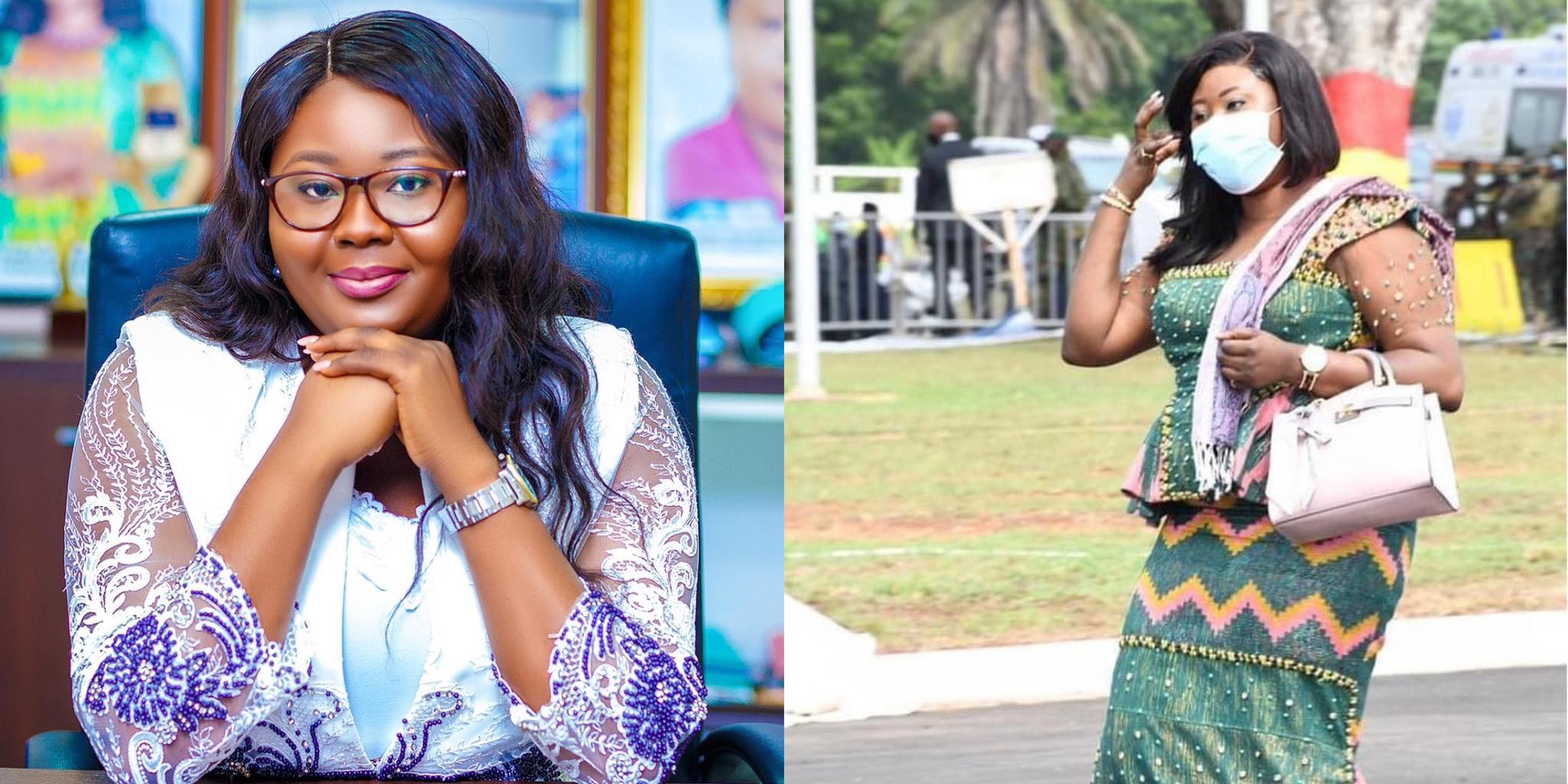 Just three days after Dr. Kwaku Oteng’s daughters, who is also the Member of Parliament for Kwabre East Constituency, Francisca Oteng Mensah said that she is single and waiting for a God-fearing man to wed her, a wedding invitation alleged to be hers has landed online.

On Thursday night, Francisca Oteng Mensah was the special guest of Lexis Bill on Joy FM’s ‘Personality Profile’ show and in that exclusive interview, she revealed that she is very single at age 27 and waiting for a God-fearing man to propose to her.

READ ALSO: YAWA OR PROPHECY? Watch embarrassing moment Cecilia Marfo snatches microphone from Joyce Blessing and tells her to go back to her husband

But in a twist to the script about being single, her alleged wedding invitation has been seen which suggests that she is actually getting married on Valentine’s Day, February 14, 2020, to one Kwadwo Alade Amponsah in Kumasi.

The invitation was seen on the Facebook wall of CN Baidoo, who seems to her chief advocate.

Sharing the photo of the wedding invitation, CN Baidoo added the caption: “A very big congratulations to Hon. Francisca Oteng Mensah, Member of Parliament, Kwabre East. The MP of the Constituency that has been giving the New Patriotic Party (NPP) the highest votes in the last three consecutive general elections. I wish you well. Honorable#StrictlyByInvitation“.

0
Looking for the richest people in Ghana? Well no need to search anymore for we got you covered with the list of billionaires in...
Read more
Showbiz

0
African Mermaid, Sister Derby has entered Valentine's day mood by wowing her fans with a hot photo. A photo posted by the musician to celbrate...
Read more
News

0
Shocking details have begun to emerge of how Aduana Stars’ defender, Farouk Adams, allegedly hit and killed a police officer in a car accident...
Read more