Ghanaian actress and singer, Yaa Jackson, has joined in the women’s day celebrations along with her fellow celebs.

The controversial actress decided to take things a bit higher than what other celebs were posting.

Yaa Jackson, doing what she does best, found herself a horse and posed beside it to capture some ranchy looking photos for her fans.
We don’t want to talk too much. Spy the photos for yourself. 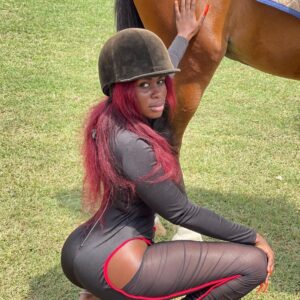 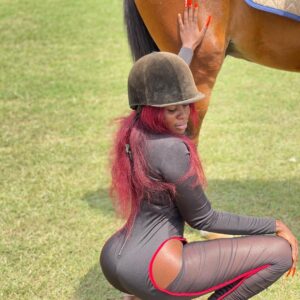