Ghanaian actress and entrepreneur Fella Makafui has been accused of wearing some of the baby diapers she bought for her daughter, Island when she hit the gym recently by some netizens who could not believe that her a$z will suddenly change form.

A video of the mother of one happily working out in the gym raised some suspicions on social media when some of the folks following her could not believe how the upper part of her backside was way bigger than the lower part.

READ ALSO: EXCLUSIVE: Medikal busted for sampling ‘La Hustle’ which is originally the song of Russ and Tion Wayne

According to some of them, the raw picture of hers that was shared on Instagram by her husband, Medikal on her very recent birthday suggests that she was possibly wearing a diaper when she hit the gym. 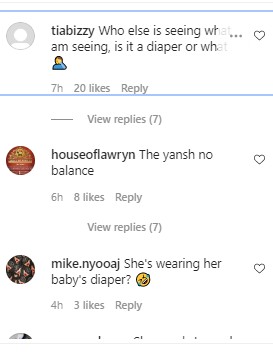 Anyway, we at thegossipmall.com cannot really verify these claims but we believe that once you see the video you will make your own conclusions.

See the video below

For some unknown reason, this video of actress and entrepreneur Fella Makafui is trending ???????????????? – #thegossipmall #FellaMakafui