Music producer, MOG Beatz, has hit back at shatta Wale in their current ongoing feud.

Shatta Wale revealed earlier yesterday that he purchased the beats from MOG Beatz for 100ghc each, and so did not owe him. MOG Beatz however countered it by saying that the SM boss only paid 3000ghc for a beats catalogue. 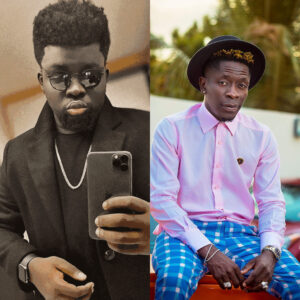 MOG Beatz also claims that Shatta Wale promised to pay him some money once the Reign album was launched but never paid him the said amount.

He also claims that Shatta Wale is broke and even blocked him from coming to his house to collect his money.

He wondered how a whole Shatta Wale who was featured by Beyonce would be paying 100ghc for beats.